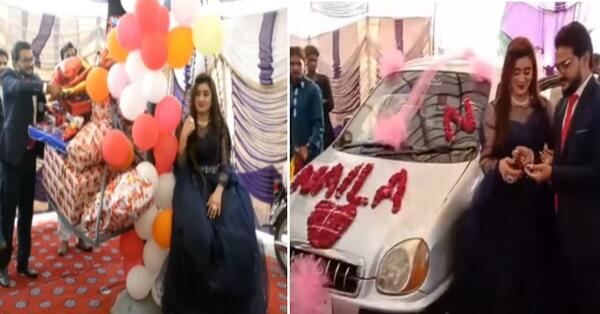 Lahore division’s district Kasur’s resident Nasir Arafat, took to heart or maybe his school teachers forgot to explain the figurative nature of ‘weighing someone in wealth’, an idiom alluding to bestowing on a person substantial riches or things of great value and literally put his beloved better half, Naila Nasir, on weighing scale. He weighed her with expensive presents on the eve of her birthday celebrations (spoiler alert: wife’s end was still heavier). Birthday bash party thrown by him was an extravagant affair itself, having hundreds of guests and lavish hospitality arrangements. Nasir gifted his wife a car, a motorcycle, a gold necklace and a diamond ring among other gifts.

When enquired about excessiveness of birthday gifts, the copiously-spending husband responded he is head over heels in love with his wife, she changed his life in an immensely positive way, gave him the happiness he forever longed for, mundane valuables in honesty are not enough to express gratitude to her with, he owes her the world. 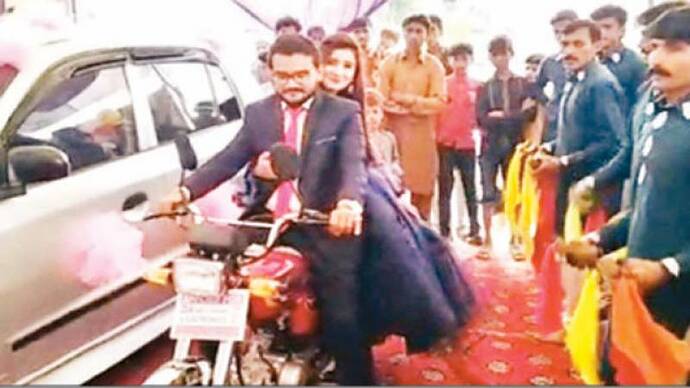 Loving gesture, where it received many an appreciation from surprised party attendees and well-wishers, it was condemned en-masse by contrasting thought school members, being termed as show-off and contrary to the teachings of Islam. Critics have called out the couple on unnecessary practice of superfluous spending then weighing in gifts just to show others they have got money. Some said, “Love based upon the worth of worldly possessions is never an indicator of a stable relationship, today or tomorrow, this ship is bound to sink”.