How do we find the path for a better future of Pakistan? 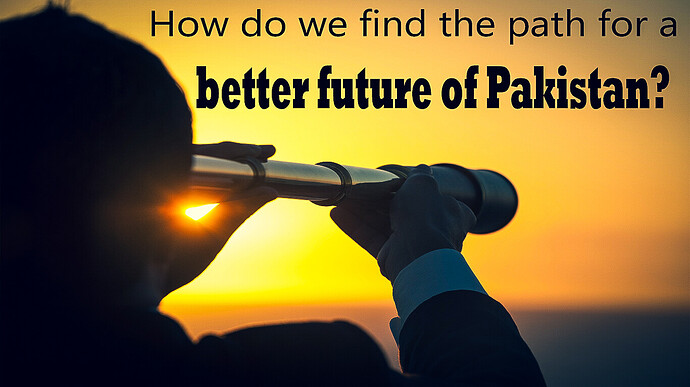 So, how can we find the path for a better future?

There is a quote saying,

“If you want to find the path for a better future, you have to look into the past.”

So, let’s go into the past.

Let’s go back to 1947 when the British Subcontinent was divided. Quaid-e-Azam led us on a path that would lead us to a nascent Pakistan. Let’s go back a little further. In 1200 AD, when Saladin united all the Muslim nations that were fighting against each other and drove out the Crusaders who were fighting against each other. Let’s go back a little more to 600 AD when the state of Medina was born, a small state in the Arabian Peninsula, when our beloved prophet Muhammad ﷺ guided the Sahaba (R.A) who would become the future rulers of the world.

So, what was that led us to a better future in 1947, 1200, and 600? It was Islam. In 1947, based on Islam, the two nations separated. In 1200, it was Islam that united us and made us a wall against the Crusaders. In 600, the birth of Islam actually led the Bedouin tribes of the Arabian Peninsula to become the future rulers of the world.

Perhaps, we are stranded because we have left Islam, and started walking the paths that the west has created for themselves. But, if we want a better future for Pakistan, Islam is the only guidance we have. I don’t know how it will lead us to a better future but there is no better teacher than the past and the past has only repeated itself many times teaching only one phrase, “Islam is the way forward!”

That’s all from my side. Thanks for reading and do drop a heart if you like what I have written because it motivates me to write more!