How Society deciphers media VS Reality?

Media plays a major role in the development and understanding of reality in perspective to how our society deciphers it. We may not notice it but the media has a great impact and influence on the way we think, act and understand reality. Media is a platform that allows you to communicate, store and deliver data or information. More than ¼ of the world’s population is using social media and many studies prove that we open our phones more than 100 times a day.

Furthermore, this vast platform consists of various forms of media such as music, television, radios, and other apps like Snapchat, Instagram, etc. Which entertain us for hours without interruption, providing us with instant knowledge of our surroundings and means for us to express our opinions. This ease of accessibility has led to a significant rise in the consumers of media, therefore it influences our lives, ideas, and values.

Despite the downsides of media, it has positively helped propagate ideas and
Can be used as a tool for our expression as mentioned above. If correctly used it is a gateway to new ideas, answers, and opportunities. Media controls almost all of the world’s population in one way or the other and has the power to build an open-minded, confident, and accepting society where topics that are not spoken about are now being openly discussed and thus normalized through the spread of conversation online. It’s an outlet for each and every individual to express their beliefs, emotions, and opinions as well as it gives us the right to be heard and known for who we are. Differing opinions on the same topic can give us a well-rounded perspective and give us the opportunity to develop an educated opinion. Over time the forms of media have changed and become digitized. We are now able to communicate with anyone in the world with a click of a button. This has thus maximized the impact of the media. Forms of media are continuously advancing, we can positively spread awareness and education about significant topics around the world so they get the attention they require for instance the black lives matter movement was propagated through social media therefore people started to protest against it and raise their voices which lead to a change in laws and government action.

However, though we may not notice it, mass media can be extremely toxic for our mental health and if used for the wrong purposes or the spread of hateful ideas can negatively impact our society or our world at large. Terrorist organizations can use the media as a means of attracting people to recruit as well as a showcase for their negative ideas. To add to this, fashion portrayed in media can lead to body dysmorphia in individuals especially in young teenagers who are plagued by edited and photoshopped models and end up comparing themselves to entirely unrealistic standards leading to a rise in depression, self-harm, and anxiety. To continue onwards fake news which is spread through the media can actively stop us from knowing the truth and sell false narratives of a story.

Protagonists and antagonists in real news and entertainment portray positive and negative role models which younger generations may look towards and since the media has such a substantial influence on our lives many of us can be influenced to adopt these positive or negative traits and display them in our daily lives, actions, and opinions.

We have established technology that has the ability to influence and reach large audiences and propagate different types of opinions. We as a society need to draw a line and to do this, we need to understand the impact of the media on our lives and of millions of others. Listening to news from credible sources and limiting the time we spend on entertainment is only the start. As our generation rapidly progresses, we constantly look to the media for direction and knowledge. Being more aware of the information we hear rather than blind acceptance and making informed choices based on varying sources is significant to how we think and live our lives. To conclude, the media is only a tool for the spread of our ideas, news, and opinions, whether it is abused or used for good, is up to us. 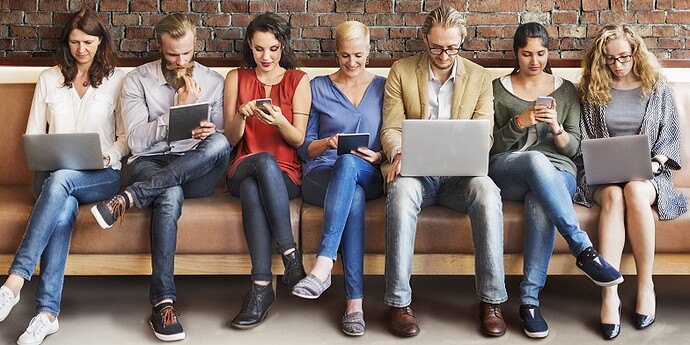 Social Media vs. Reality: Engaging the Digital World as a Christian - Grace

Grace, a Christian College in Indiana, talks about social media vs. reality. How to be truth and light in the social media world.

This topic has given me an overview on how technology has changed compared to what we assume of it. Well written!

Thank you for appreciating what I’ve written