How to create electricity from Vegetables and fruites

Ten tons of food go unsold every day at the bowenpally market Hyderabad, India. Instead of going to landfills, it’s turned into electricity. That helps in powering streetlights, buildings, and many kitchens that guarantee food to nearly 800 people. This is called the bio-gas, it is plentiful, low-tech and the experts believe that it burns cleaner than fossil fuels. So, the question is, Why we can’t make energy from 1.3 billion of food that gets thrown out every year.

The first step they do is to chop up the large vegetables and load them on a conveyor belt. This electricity is made from spoiled vegetables and other vegetables are thrown away because it costs too much for farmers to transport it back home.
The conveyor belt carries the chopped material to the shredder which breaks food into smaller and uniform particles.

Then it journeys to the grinder which crushes the mixture into pulp, which is pumped through Underground tanks and into two digestors. Anaerobic digesters have bacteria that are bred in the absence of oxygen. Bacteria eat food waste and give out methane and Carbon dioxide.

Any organic material emits these planet-warming gases as they decompose. The massive amount of food waste makes landfills the third-largest source of human-caused methane emission, behind fossil fuels and agriculture.

Just behind fossil fuels and agriculture burning biogas to make electricity is a way to harvest those gases before they enter the atmosphere. At a Bowen pully, the fuel can be stored locally in four huge balloons until it’s ready to use and it goes all the way to the kitchen which is roughly 400 500 meters away from the main plant. It’s enough power to run a canteen kitchen that serves roughly 800 meals per day aside from energy the plant creates another valuable by-product.

fertilizer farmers who sell their wares at the market buy it back and spread it on the same fields. Where their vegetables are growing but using this fertilizer their soils are also getting better crops. The crop production is better and the crops are being sold at a higher cost because organic vegetables are very costly nowadays. You know organic rice and all these things.

Dr rayo a scientist on the project is already building five more plants around the city and it isn’t limited to vegetables. Biogas can be produced from any organic material including animal and human feces. So if biogas can be locally sourced cuts down on solid waste and reduces emissions why isn’t Pakistan doing this? because in most countries it’s still cheaper to keep burning fossil fuels. In North America biogas costs nearly five times more than natural gas.

Now you can’t complete with what you call gas in the united states it’s 20 cents a gallon. This gap is smaller in places like Asia where the price difference is less than two dollars per unit. A lot of people, a lot of sates government who were thinking about setting up these projects have suddenly understood. That yes it’s possible to do it yes there are indigenous technologies that are built-in India that can work for them.

The world’s biggest biogas plant was recently built in Denmark and new facilities are being built elsewhere in Europe and Africa. An Israeli company sells a product to make biogas in your backyard. Biogas will never replace natural gas there’s just not enough waste to keep up with the electricity demand but it does something that natural gas can. It helps reduce landfill waste and it’s a huge missed opportunity in Pakistan which throws out between a few percent of all food.

Even the farmers who lose money when they can’t sell their vegetables, produce believe biogas is better than just throwing it away.
Our produce rots we can’t sell it so we just dump it (in the plant ) now with the plant the waste is being put to good use. And the engineers on the project are hopeful that its success will inspire others .so these projects have to happen. you know for us to make life more sustainable not just for ourselves but for let’s save in 20 years or 10 years down the line the scenario needs to be a little better. 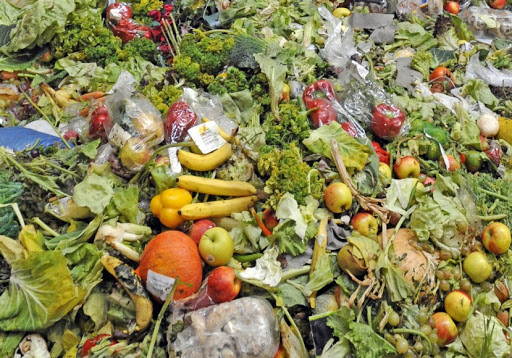 I wonder why our govt don’t invest in these fields !?
A cheap source and provision of electricity would be a magic and treat to the Nation .

Indeed. Even we have Sahara desert and it gurantees sunlight every day if we put solar panles there and start mechanism. It can light many homes as well.

The government must ensure on such methods rather than buying electricity from private companies.

Nice job. And I think it is good and cheap method to make electricity than to buy from other countries. In this way you can save the as well.

This is one the thousand methods which can grow country economically !
Well written bro

Helpful article but nobody pays attention to this kind of stuff. Alas…!