How Trump spent the day after his defeat in the Election? 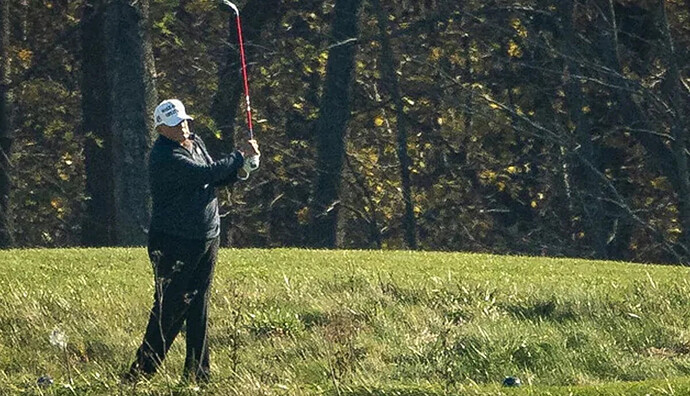 After the defeat in the US presidential election, the incumbent US President and Republican candidate Donald Trump have announced to go to court accusing him of rigging after the defeat, but this time he has refrained from adopting a threatening attitude.

Donald Trump also posed for pictures with the newlyweds after playing golf and then returned to the White House.

Despite losing the election, Donald Trump has the illusion that he has been elected President of the United States by the people with more than 71 million votes.

In the US presidential election, the Democratic candidate Joe Biden has gained an invincible lead over Donald Trump and will now be the 46th President of the United States.

Democratic candidate Joe Biden, 77, won the required 270 electoral votes in the state of Pennsylvania, leaving Trump out of the race for the presidency.