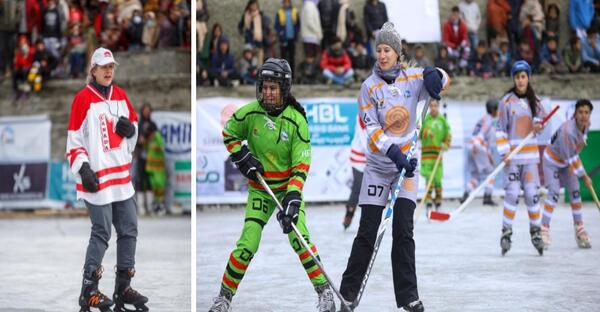 Ice hockey is the most famous sport in Canada, actually, calling it a sport for Canadians shall be an understatement, it’s a craze there, similar to cricket in Pakistan. The North American nation is faring decently in limited overs cricket (20-20), ranked at #22 amongst 91 actively participating countries. Pakistan on the other hand, is neither an international team, nor has any domestic ice hockey sides. However, the tides are seeming to turn now - for better.

Latest news from Hunza’s winter sports festival is an optimistic peek at our prospects of winter olympics medal (currently zero in three editions), which for sure is a prolonged journey to traverse but progress is progress nevertheless, no matter how minuscule. 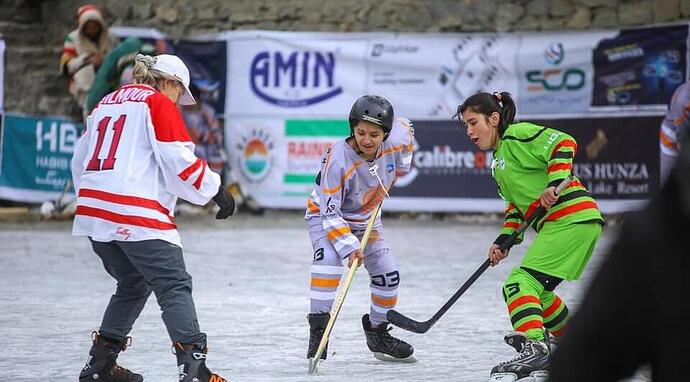 The special thing about five-day-long multiple annual tournaments that began on January 13th is participation of ice hockey giant Canada’s high commissioner to Islamabad, Ms. Wendy Gilmour, as match referee. Match was played between 2 local girls’ teams from Chitral and Hunza. While Miss Gilmour performed officiating duties, some of her high commission colleagues took part as playing members. Yearly competition, has been arranged by the SCARF (Sports Club and Rising Federation) at historic Altit Lake.

Altit’s SCARF and young aspiring athletes were later felicitated by esteemed foreign diplomat, who expressed she and her friends had a blast. It’s heartening to watch disparate sports like ice hockey, javelin throwing, weightlifting, wrestling, etc. spreading their roots in a uniform country as ours where one major game has hegemony over rest. 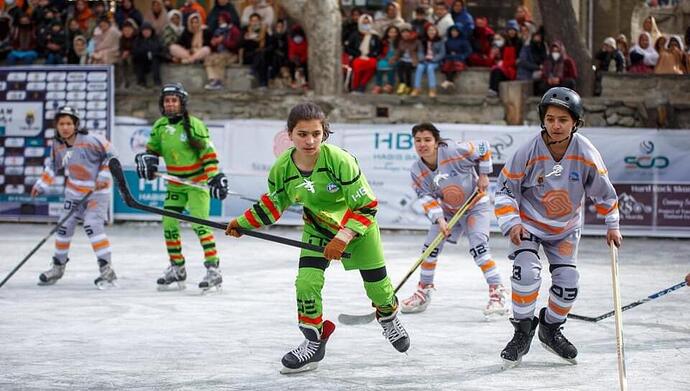 Hoping for a rapid glorifying reign would be just exaggerating the importance of things, but all things have to have a beginning point, without first step there is no last step, even if that means the last step has to be the first step itself. In the grand scheme of things, this commencement is no less than a gold win at the paramount Winter Olympics stage.