HUSSAINI-SUSPENSION BRIDGE: One of the world’s longest man made bridge

Hussaini suspension bridge is known as world’s second most dangerous bridge. This hanging bridge is one of many perilous bridges in northern areas of Pakistan. 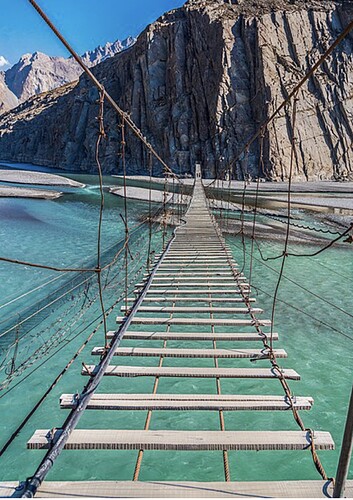 Hussaini suspension bridge is man-made bridge with the help of local community. It is considered as world’s second longest man-made hanging bridge. First longest hanging bridge is 516 AROUCA in Portugal which is 1,692 feet long pedestrian bridge. Hussaini suspension bridge is situated over passu river on upper Gojal Hunza. It’s 64meters long pedestrian bridge and 400 steps back and forth. 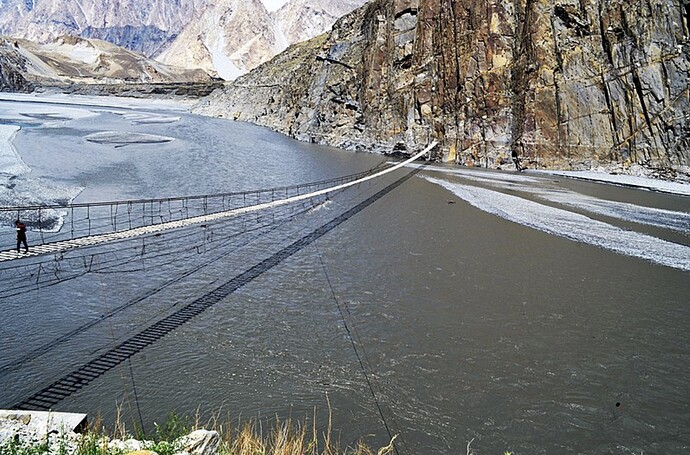 It is believed that Hussaini Hanging Bridge was washed away in 2011 during monsoon storm. In a world full of technology and commercial space-flight it can be easy to forget just how hard it can be to transverse certain parts of this planet. Before 1978 people of Gilgit-Baltistan were cutter off from southern Pakistan due to lack of roads. Only option to travel there was to take a small plane to go there but it was just for richest community. So, people from lower and middle class travel by walk from the mountains of Rawalpindi until 1978. In 1978, Karakoram Highway was constructed and that region was connected but there was the same difficulty with inner regions as difficult as it was 100 years ago. 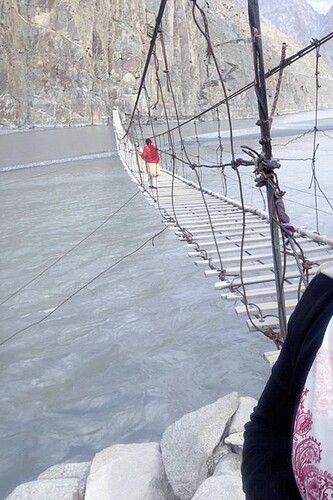 In my point of view, Government need to work there not to promote Tourism only also for convenience of residents. Tourism can also be prompted through more changes.
Do you think people of Gilgit-Baltistan should have more convenience?
How could it be improved?

This article is best bhana💕

Thank you🌸
Yup you are right