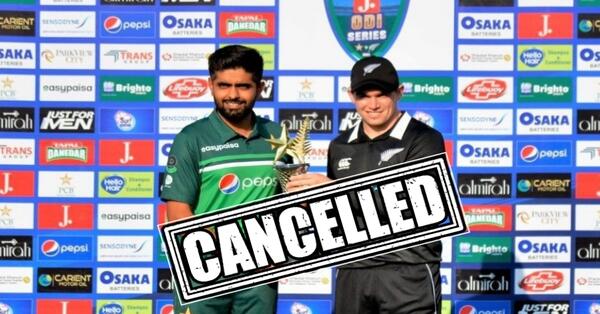 Cricket fans throughout the country and outside Pindi Cricket Stadium were met with sheer disappointment over the heartbreaking news of New Zealand cricket team abruptly ending the historic tour that was taking place 18 years later Kiwis visited Pakistan last. Security threat of possible terror attack from ISIS issued by New Zealand government is said to be behind last-minute withdrawal. Even Prime Minister Imran Khan’s efforts to convince his Kiwi counterpart, Jacinda Adern, to continue with scheduled series were fruitless.

An aggrieved section of fans has blamed Indian media for propagating unfactual news and fear-mongering that was instrumental in tour cancellation. They pointed out reporting of such terrorism threats by neighbouring country’s outlets (The Sunday Guardian) only. No other international or local news sources published such warning by ex-spokesperson of Tehreek-e-Taliban Pakistan other than Sunday Guardian, only website on internet to have shared the news. Coincidentally that article devoid of any sort of valid reference, came from writer Abhinandan Mishra, who abhors strong anti-Pakistan opinions, evident in all his writings, website itself is filled of news stories criticising Pakistan. It’s also worth highlighting that the threat in question came in New Zealand security agencies’ notice today but aforementioned writer, who has no background in intelligence, had known it for almost a month in advance (news dated 21-08-21). 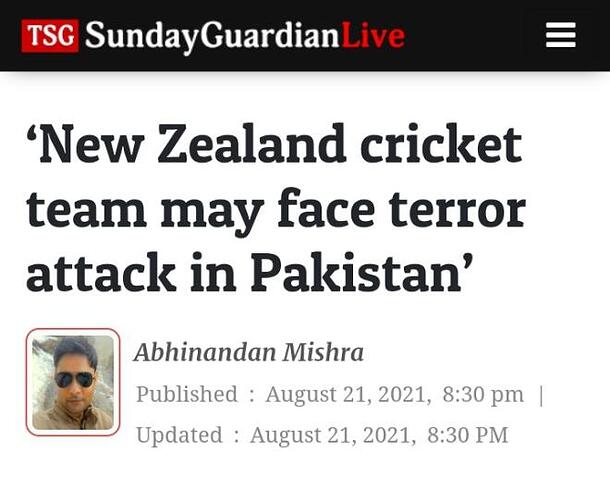 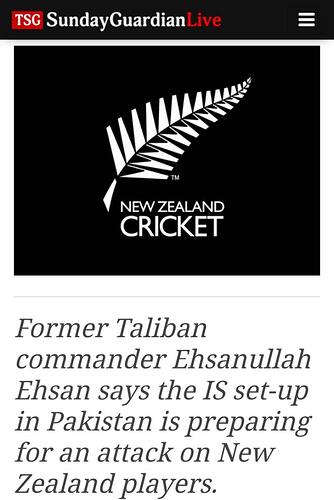 An elaboration by New Zealand cricket board and authorities, and the imminent emerging of additional details will hopefully clear the air to an extent where accurate assessment could be made possible.

New Zealand’s tour-abandoning decision is being said critical for Pakistan Cricket which just recently returned home after a decade-long exile following 2009 Lahore terror attack on Sri Lankan team. England men and women’s cricket teams’ upcoming tour in October (both commencing on 13th) shall be the first indicator of what future holds for country’s most popular or other sports in general as the consequences will affect all international sports activities. England and Wales Cricket Board is presently analysing situation in collaboration with their security experts on ground in Pakistan, decisive announcement will be made in 48 hours.

Pindi Stadium, that was set to host New Zealand ODI series, is also the host for all England tour matches 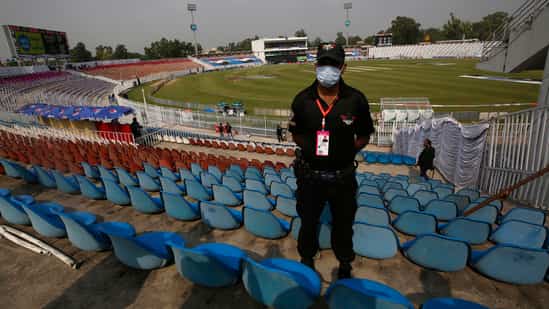 Livid over visiting team’s decision to pull out despite providing them foolproof security of presidential level, Pakistan Cricket Board’s chairman, Ramiz Raja, expressed his immense dejection saying he feels sorry for the fans and players. He criticised New Zealand team management for taking a unilateral approach to starkly important matter, terming it “frustrating”. Furthermore, he condemned guests for not sharing any info or concerns with PCB or their security, he said that behaviour is incomprehensible, Kiwis will hear from Pakistan in International Cricket Council.

Supporters and cricket stars around the globe have conveyed their disappointment and sadness in wake of event transpired, majority of them declared Pakistan one of the safest countries to play cricket in, specifically former West Indian captain Daren Sammy, who spearheaded cricket’s Pakistan comeback by playing PSL-2 final in Lahore and touring with ICC World XI. He shared his video playing recreational cricket earlier this year in a public ground among Lahore youths and stated, “Disappointed waking up to the news of the cancellation of the Pakistan Vs New Zealand series because of security issues. Over the last 6 years playing and visiting Pakistan has been one of the most enjoyable experiences. I’ve always felt safe. this is a massive blow to Pakistan”.

I’m so sad about this, even bought tickets :((

My fragile little heart has too been rended

I was counting days on fingers and now this befalls us

I was super excited about Lahore ones.