The fire broke out at the Balongan refinery, run by state oil firm Pertamina, at 00:45 local time on Monday (17:45 GMT Sunday).

At least five people are injured and around 950 residents have been evacuated to safety. A handful of people have been reported missing.

The cause of the fire remains unclear.
BBC news 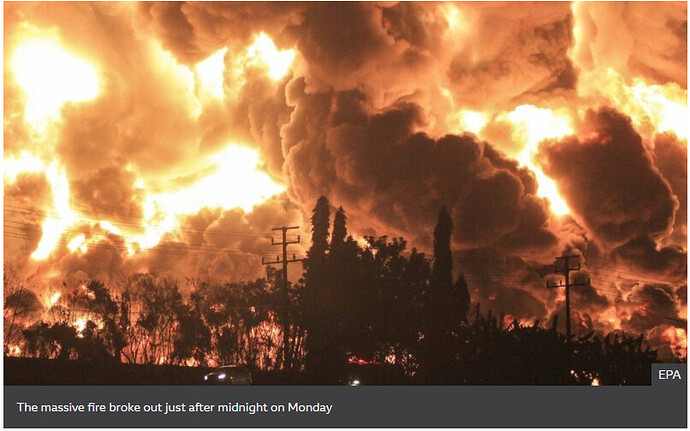 This massive explosion did not only engulfed the largest oil refinery but brought damages to the places near to it. The residents exclaimed that they thought as if it was an earthquake. So terrifying!

May Allah help all the humans who had suffered this calamity​:broken_heart:

aameen…
such a disaster