“Indonesia's tiger-whisperer works his magic in the forest” 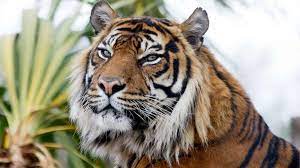 Mr Sarwani is one of the last practitioners of an art that has been passed through the generations. He has been learning the techniques of communicating with tigers from his grandmother and father since the age of 15. He has communicated with at least 70 tigers till now, free of charge.
The long-running civil war between separatists and the Indonesian military has increased contact between tigers and humans.
’‘People left their plantations and gardens because of the civil war. They then became the habitat of the tigers. After the peace deal the contacts have intensified as people returned,’’ he says. Even so, deforestation is by far the biggest contributor to human-tiger conflict. 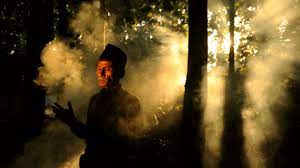 Using chants and incantations while holding an amulet, Sarwani Sabi says he communes with the magnificent beasts and encourages them to return to the forests. '‘I just go to where the tigers have been and wait there and pray. Then, if I see the tiger, I will start talking to them.’'
‘‘I don’t really know how he does it. Perhaps it doesn’t make sense but that’s the knowledge he has,’’ says Abu Bakar Chekmat, head of Aceh’s Natural Resources Conservation Agency and Mr Sarwani’s boss. ‘‘If the tigers are guilty, he will catch them. If they are not, they will go away … that’s his wisdom.’’ By guilty, Mr Abu Bakar means inclined to attack humans.
’‘Some say I have magic powers,’’ the tiger whisperer says. '‘But I say these powers come from Allah. There is a verse in the Qur’an about taming animals and I use that, and other things.’'
This is the power of Qur’an. Refreshes one’s faith.

that’s great.instead of killing them

a great thing to do for them in exchange

indeed the power of Qur’an pak:heart:

Quran’s verses are really powerful indeed.even animals do understand them

Indeed it is powerful against anything​:heart: