Is Pakistan a living hell for minorities? 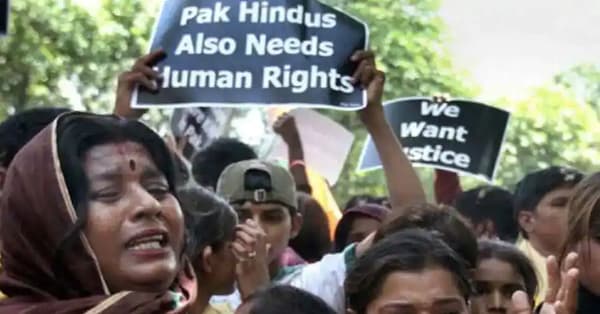 Ganesh temple, a site of worship for the Hindu minority of Rahim Yar Khan, was ransacked by a violent mob yesterday, with a complicit spectator livestreaming the scene on Facebook. This is not the first incident of the nature- an attack on Rawalpindi’s Historic Temple was witnessed on 28th March, Teri Temple was ravaged in Karak, KPK on 30th December 2020, Mata Rani Temple in Nagarparkar, Sindh was attacked on 24th October 2020, and besides these, Shri Ram Dev Temple in Badin, Hanuman, Krishna and Mata Rani Temples also became subjected to brutal attacks. Unfortunately, these are solely the cases that have occurred in the past 10 months. Not only are temple demolitions extremely disrespectful to the Hindu community, but also destroying essential parts of our rich heritage, with some temples dating back as far as over a hundred years.

The minority communities of our country, which essentially was supposed to be a state guaranteeing religious freedom as stated by none other than Jinnah, are subjected to unimaginable injustice each day. Forced conversions and marriages of non-Muslim communities are becoming commonplace, as witnessed in the recent days with a Hindu boy getting forced to abuse his deity last week, only one of many incidents of human rights abuses. Not very long ago a Christian minor girl named Nayab Gill was forcibly converted and wed off to a man in Sindh, a case which caused concern and outrage globally.

Although a bill to provide protection of rights of the religious minorities is in place which prohibits forced conversions, forced inter-faith marriages and guarantees freedom to minorities to profess their religion and manage religious institutions, it is hardly practically in place and cases often go unheard, justice seldom provided.

Pakistan is a country where religious fundamentalists take to the streets at every potential threat of disrespect to their religion. Earlier this year, Tehreek e Labaik Pakistan arranged nation-wide protests to ask for the expulsion of the French Ambassador, following the French president’s apparent endorsement of blasphemy and islamophobia. While it is well within their right to do the former, the same community turns a blind eye to the maltreatment of minorities on its own land. The same people who threatened a couple who posed in front of a picture of Jinnah with arrest and murder simply for practicing their own set of ideals not aligned with the majority of Muslims’ and causing unintentional ‘disrespect’, are turning a blind eye to the mass brutalities that are occurring to the minority communities in their own country.

One would think that these terrible injustices occur at a very small scale by an uneducated or misguided lot. The truth is, it stems from intolerance, which we see at every level with less intense consequences in the beginning. It stems from self-righteousness and toxic moral superiority without regard for another person’s differing views. It is fueled when people are policed simply for living their lives and being expressive without causing harm but are faced with violent and confrontational retaliation, in which regard, I believe a lot of collective self-reflection is due. All of this fuels marginalization and radical disparity which instigates toxic nationalism and extreme forms of intolerance. In order to make our country a safe space for everyone and prevent breeding extremism, we have a lot of unlearning to do. We need more responsible statements from our religious and political leaders, after all, Islam is nothing if not the religion of peace and an effective judicial response to the human rights violations of oppressed communities.