Is there anything Impossible?

Do you think anything in this world is unachievable?
Once I read in a book (Alchemist) “When a person really wants something then the whole universe conspires in helping him” that means if we have the courage and our faith is strong than God and his messengers also help us in getting that thing. We find examples of men who struggled a lot in our history. The famous brand Coca-Cola only sold 25 bottles in its first year but its owners neither stopped working day and night to promote their drink and over time it becomes one the famous drink all over the world. It simply reveals the fact that its owners were hardworking and they were determined towards their goal.
Moreover the Thomas Edison who invented the bulb he made 1,000 unsuccessful attempts at inventing the light bulb. He never considers it as his failure but, he tried again and again to make one successful attempt and finally he made it. He did not give up and ultimately he achieved his dream goal and his hard work paid off.
The effort that a human being does in his life never get wasted. He gets whatever he desires for and fights for his target. Allah never disappoint a person who in true means struggle a lot for his objective**. **The reward never comes in days or month we have to struggle for a year to create our own destiny. We must not lose the true spirit of hard work and consistency of struggle if we want to achieve our goal. 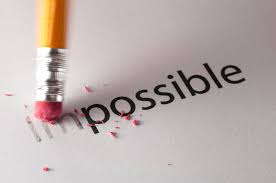 Nothing’s impossible… the sky is the limit. Well done

Like the examples used here, we ourselves can make one and prove that there’s nothing impossible… Good job👍

Thanks for your kinds words @anusha_raja

Yupp! We should try try and try again nothing is unapproachable

Nothing is impossible for a person who is really dedicated and devoted.