Islamophobia? Muslim students in UK forced to say namaz in cold outside 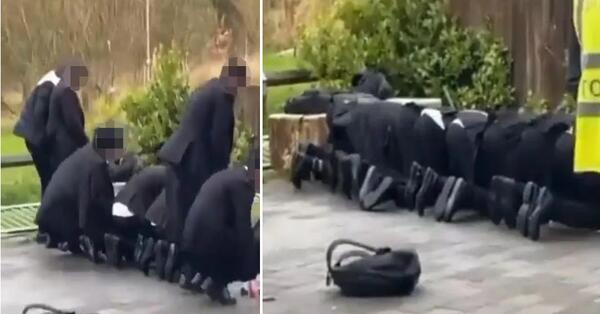 Manchester, England; 8 Muslim boy students of Oldham Academy North were told to go conduct their Jummah prayers outside of school, on cold wet footpath in the typical freezing English weather. The well-reputed educational institution has come under fire for seemingly Islamophobic behaviour when a teacher angrily kicked out said pupils while they were offering namaz in classroom amidst lunch break. They were informed they cannot perform the sacred obligation inside building premises, leaving them with no choice but to head outdoors. 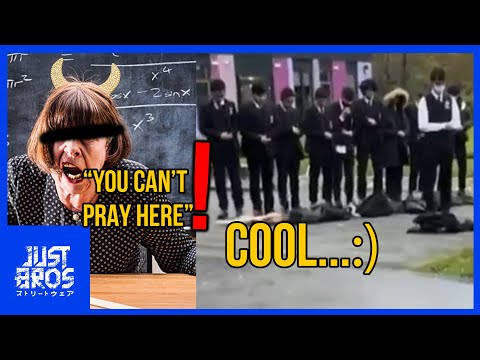 Post-criticism, school administration has come forth explaining the taking of questionable decision, they apologetically notified 15 of classrooms in school building were flooded, it’s the reason Muslim students were disallowed praying. That justification though has been rebutted by a student who was part of praying group, according to him they had been praying fine in the room when a female teacher abruptly obstructed them and angrily instructed to cease worship, telling it wasn’t permissible, she slammed the door on her way back.

Videos and photos from incident appeared online and caused huge backlash, people called it nauseating, despicable discrimination display. Oldham Academy management has since arranged for a new praying space for pupils of Islamic faith and launched an official investigation into matter, they have also written to parents of all eight boys, presenting thorough clarification, and have proffered in-person meetings anytime during school hours if there are still any doubts left.