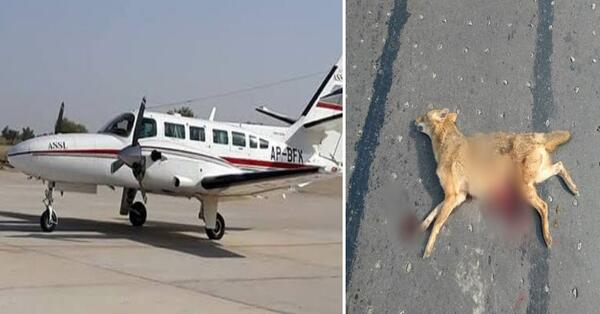 A chartered flight carrying a patient on Bahawalpur Airport met with an accident when a jackal appeared on runway out of nowhere and collided with the plane taking off. Wild animal, whose blood splattered all over airplane’s nose and some on windshield, quickly died as a result of impact after his innards burst out. This collision, however, didn’t hinder aircraft’s flight ability neither did it sustain any damage, it safely stayed on course, ultimately reaching the destination Islamabad International Airport.

Jackal accident is the second incident of this kind on Bahawalpur Airport, before it, a stray dog in 2015 walked on runway endangering the lives of passengers onboard arriving and departing planes. That negligence got extensive traction as Pakistan’s then Prime Minister, Mian Nawaz Sharif was at the airport departing on a VIP flight that was moving on runway, had the dog not been spotted, Prime Minister’s plane could have rammed into canine, opening door to possibility of an apocalyptic outcome. Bhawalpur Airport’s manager was suspended as a result. 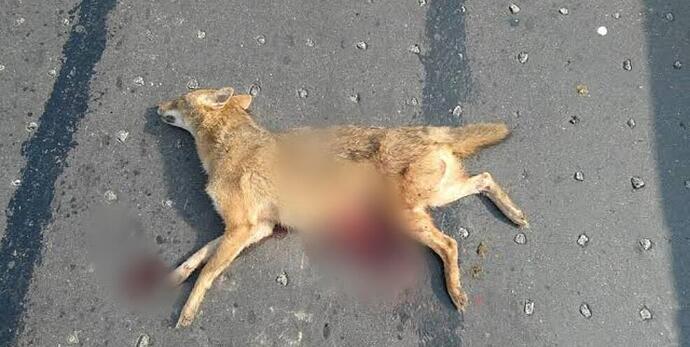 Jackal carcass was immediately removed from impact location, track was cleared. But where did the jackal come from? Whose ineptitude let that happen this time? Will reprimanding of responsible officials be more than a ‘slap on wrist’ suspension? All these questions shall be answered once ongoing investigation completes, we’ll keep you in loop.