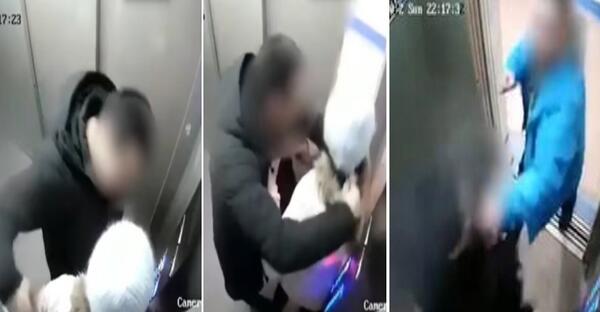 Vigilante justice isn’t justice it is said, except for the occasions where it becomes, some situations faced in life are so blood-boiling that one has to let their inherent animalistic instincts out, which albeit being momentary gratification and not the justice in true, undiluted essence, feel extremely appurtenant to state of affairs.

An exasperated father released his primitive yet rightful, instant justice-seeking side at a scum who forcibly attempted kissing his teenage daughter on finding himself secluded with her in elevator. It happened in Russia, on 2nd January, the crime was caught on lift’s security cam in its entirety, making serving of actual justice through efficient courtroom prosecution attainable post-thrashing. 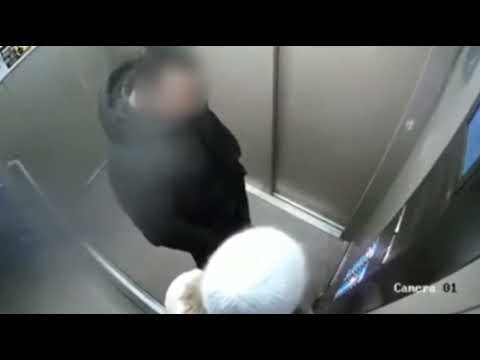 Perversive man, aged 27-years-old, targeted the 15-years-old teenager, twice trying continuing his randy, improper conduct despite obvious resistance, luckily for precarious minor, elevator door opened soon thereafter, providing her an escape route and she managed to do it, but not before struggling to break free from man’s grip, who remained hell bent on restricting her. Only seconds later, girl’s father who had been waiting outside, entered the frame, promptly connecting a punch in pervert’s face then dragging him out firmly holding by neck.

The beating was barely satisfying, it lacked the intensity a grievously loathsome offence as aforementioned indeed deserved, but we can find satisfaction we crave knowing Russian city Surgut’s police have arrested the offending guy involved in revolting predatory attack, he’ll be booked for attempted rape. Safe to say that man is doomed, because if there’s one thing you will direly want to avoid (among thousands others) in Mother Russia, it’s the cruel Russian prisons, particularly if your reason for imprisonment has anything to do with children.