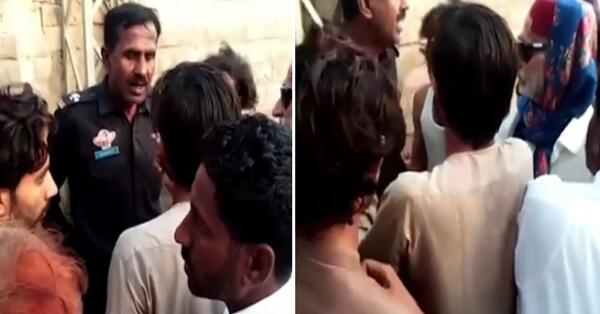 You’re probably wondering ‘that headline is some sort of mistake, how can citizens interrogate a police officer for a crime? It is supposed to be other way around, isn’t it?’ Except it isn’t. At least in Pakistan, where anything, no matter how mind-boggling or out of ordinary, is probable in all likelihood.

The informally detained police official, Assistant Sub-Inspector Muhammed Ali, was tied to an electricity pole (upping the stakes in his already high-risk escapade) and interrogated for 2 hours by angry mob on the charge of invading their privacy, a home invasion. Needless to say, this vigilante interrogation was not without vigilante methodology, aka torture. ASI received beating from outraged Saeedabad residents despite his clarification that he had entered the house in pursuit of a notorious drug dealer, unknowingly. If this is the case, then it’s an unfortunate turn of events the lawbreaker got away and lawman got caught and thrashed, guess fate isn’t fair to everyone after all. 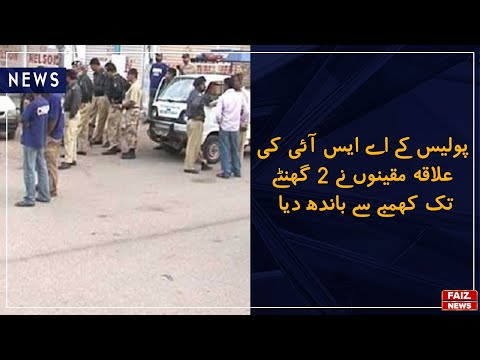 It’s no secret people are pissed with law enforcement’s incompetence, a gentle shake is everything the volcano needs for their abhorrence to erupt, ASI M. Ali provided them with just that. He’s lucky the shake had milder magnitude or his misdemeanour could have incurred direr consequences, direr beyond an abrasive interrogation. That being said, universal fact is every action has a reaction, wouldn’t be a surprise if people of interrogative crowd run into trouble with law in coming days, their action may be justified or maybe not, in both outcomes of both scenarios, they brought it upon themselves.