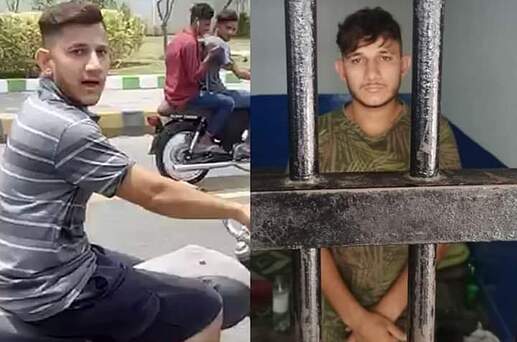 In a less developing country like Pakistan, harassing a woman is common to an ordinary man. We see several incidents on daily basis, where women become victims of harassment on roads, markets, and workplaces.

Recently, a brave girl Zoya Binte Khalid shared a video of four bikers harassing her, on her Facebook account. She is a female school teacher by profession and was traveling via rickshaw at Karachi Shahrah-e-Faisal.
In her statement, she has narrated that bikers were following her throughout the venture. As they were roaming around her laughing, smiling, whistling, pointing, and catcalling.

She was scared and started making videos of them to scare them off. They started hiding their faces in the video. One of them came closer and commented “Ghar walon ko dekhaogi kia video”, smiled while hitting the Rickshaw. He was shouting and keep calling out the auto driver “side me rokh riksha, side me rokh riksha” as well as was yelling at her "video kyu bana rhi hai? Video q bana rhi hai. Luckily the auto driver was smart, he didn’t stop and when they reached the traffic police station at the end of the Sharah-e-Faisal, he stopped there and called out the guy loudly but he fled away being scared.

Have a look at the viral videos, shared by her. 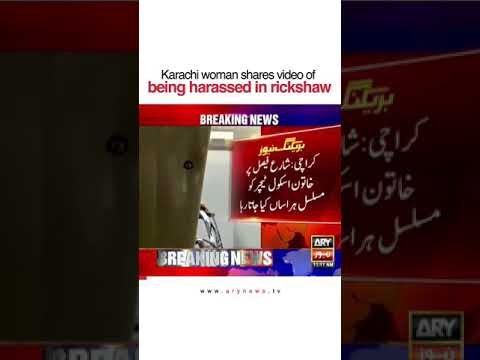 The brave woman while narrating the whole episode, asked the public to spread this message and to get those bikers arrested for their wrong deed. As she was, ‘shaking to the core’ after this incident.

Later, on Tuesday morning, the man who was harassing her was arrested along with his companions. According to police, the accused has been identified as Muhammad Hamza Mughal, a resident of Karachi.

This was a courageous act by a brave woman, to unveil those harassers. If anyone faces any sort of street harassment or violence, one should visit the Pakistan Citizen Portal and toll-free helpline number 1043 Punjab commission on the status of women.

Indeed! Are the wonders of social media.
Massive respect for the brave girl

Just got agitated, after seeing the videos shared by the lady.
These rascals should be punished to death. They are a threat to others.

Strict action should be taken against those who don’t wear helmets and racing bikes.

. If anyone faces any sort of street harassment or violence, one should visit the Pakistan Citizen Portal and toll-free helpline number 1043

Thanks for sharing!
Brave school teacher!