“KHUDA AUR MOHABAT” season 3 is a 2021 Pakistani divine and romantic drama written by Hashim Nadeem Khan, produced by Abdullah Kadwani and Assad Qureshi under 7th sky. The story takes place in various cities of Pakistan, such as Lahore, Multan, and Bahawalpur. 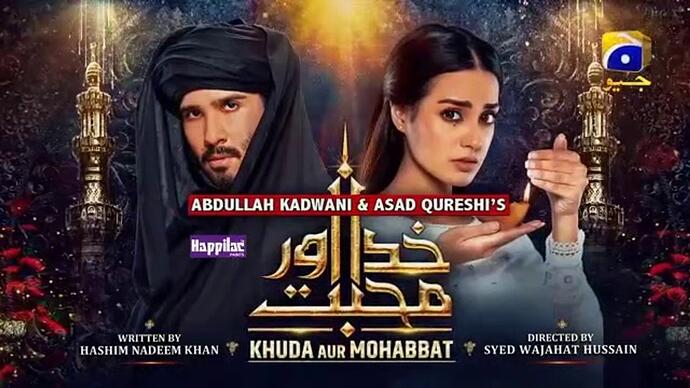 “KHUDA AUR MOHABAT” season 3 is breaking all previous records in Pakistani drama history. On YouTube channels and other platforms, viewers and followers are increasing day by day. Generally, one billion views are at all episodes till now. Feroz khan and Iqra Aziz are the leading characters of the drama.
Below you will get a quick review of the major and minor characters in the story.
CAST (Male Characters)

Below is a detailed list of major and minor characters playing their important leading role in “KHUDA AUR MOHABAT” season 3 drama?

There are few minor and major female characters playing their roles with these names. 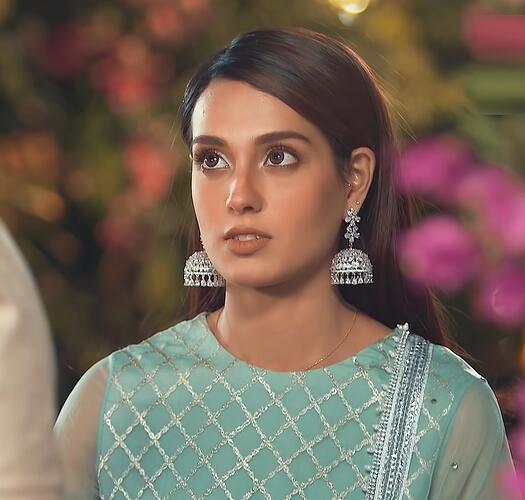 Iqra Aziz belongs to a prosperous family. She lives in Bahawalpur and getting education from the Islamia University of Bahwalpur. Iqra Aziz comes to Lahore with her sister-in-law Sahiba (Sunita Marshal) at the wedding of her best friend Rida (Mehrbanu). Her family is civilized. She gets control over everything. Her attitude is domineering. 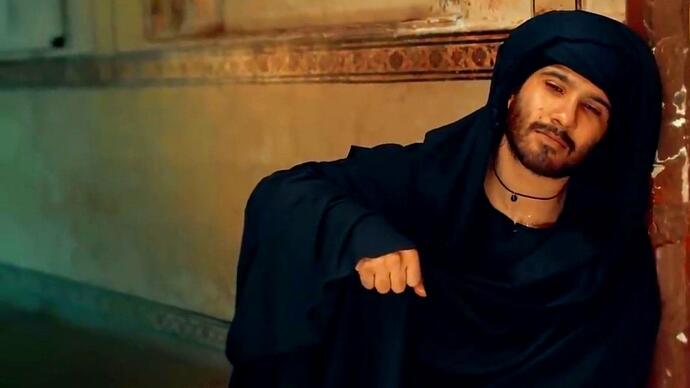 Farhad belongs to a lower-middle-class family. He lives in Lahore with his parents. His father works as a clerk, and his mother is a housewife. His father Taufeeq (Waseem Abass) hates him because he is lazy and fails much time in B.A Exams. He has shown as a non-serious person in the whole story. 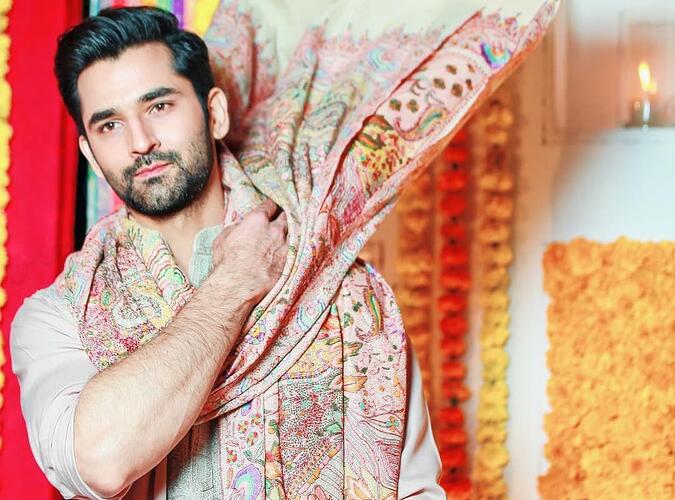 Taimour shah belongs to a famed landowner family who is living in Multan. He is so handsome, intelligent, and dashing. The first time he looks at Mahi at the railway station and shows his deep feeling for her. After that, he marries Mahi but is killed by the worst enemies of Kazim shah on the first night of his marriage. 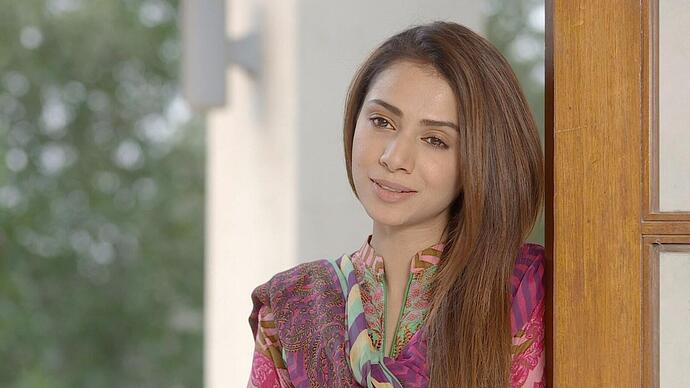 Rumana is the courtesan and meets with Farhad on the train. She is entangled with Sikandar shah,
Taimoor’s older brother. She meets Mahi and requests her to pray for living at the haveli. Then the whole story of Rumana comes in the front. Mahi advises her to leave Sikandar. Then she left the city. And Sikandar shah tries to find her but he can’t.

Farhad and Mahi initially meet at the wedding of her best friend Rida in Lahore. Mahi is free from her strict life and enjoying a lot with Farad’s Company. Farhad falls in love with her. She returns home without informing Farhad. He tries to search for her.

After several months he reaches Bahawalpur. There he works for her brother Nazim Shah as a driver. Where a female servant Sajjal falls in love with him, but he refuses her and tells her that he likes someone else.

While Mahi’s father Kazim shah arranges her marriage with Taimoor Shah, who lives in Multan, Farhadcouldn’t bear this news and become mad. He leaves the place where Mahi lives. After a few days, information reaches at Farhad’s home that Farhad had been killed in a train accident. The news also hears Mahi Farhad’s death.

Despite all, Mahi’s marriage takes place with full splendor. All ceremonies happen as traditional; she becomes a bride. She goes to her new home, but on the way, someone shoots Mahi’s husband, and he dies. Then she becomes the widow of Taimoor.

Both families face this horrible incident. The death of Taimoor leaves a great shock on his mother. She refuses to accept Mahi and says to send her to her maternal. But Bari Sarkar insists request to Jagirdaarni for the sake of traditional days.

On the other hand, Farhaddid did not die reasonably; he found himself in the ladies compartment where he gazes at Romana and her mother. Both look at him strangely and call him a thief. He shows his empty hands and continues his journey to Multan (city of Saints). Rumana is a courtesan and thinks about Farhad constantly and tells her mother.The story shows different women fall in love with Farhad, but his heart is stuck in the memories of his beloved Mahi.

Farhad goes to MAZAAR, and there he meets with Darvesh. Up to now, Mahi’s parents get worried about how their loving daughter Mahi is living with Jagirdaarni in Multan. After 40 days, Kazim shah and his family come for dua, and Mahi’s mother notes that Jagirdaarni’s behavior is not well with Mahi. She did not bear and decided to take Mahi with her.

But she refuses. After several months Jagirdaarni takes pity on Mahi and starts to love her. Sikander Sain already treats in a relaxed manner Mahi. One stormy night passes, Sikandar encounters Rumana. Due to heavy rain, he could not come back and stays Rumana’s at home. Jagirdaarni asks the servant that past night where Sikand Sain was.
On the same day, darvesh says Farhad to go back for dua at the same haveli. They go and sit on the ground after dua Mahi comes out from the haveli. This time he was gone.

After that, Mahi and few servants go to the mazaar, where Mahi divides things to the needy people. Suddenly, she gives something in the hands of Farhad. Both see each other after a long time since their encounter with the library. Then she fainted. Servant brings her back to haveli, Jagirdaarni gets nervous to see her in this condition.

Mahi’s mother and sister-in-law reach and see her in a severe condition. Mahi’s mother also gets nervous and asks the reason behind this. But Jagirdaarni ensures them, and she takes care of her. After the consciousness, she tells her sister-in-law that Farhad is still alive.

Meanwhile, Sikand Sain reaches Rumana’s house; she has gone anywhere else and dropped a letter for Sikandar, she will never come don’t try to search her.

At the MAZAAR, Farhad still shocked after seeing Mahi. He goes back to haveli and sees her again with her sister in law in the terrace, then he is surprised and refuses her mother’s invitation to come inside.
Suddenly he comes back to MAZAAR. He asks Darvesh why he encounters them, and he wants to know everything from start to end. And darvesh says that they will meet each other.

Farhad investigates about Jagirdaarni why she comes randomly, the man at the mazaar tells the tragic story of Mahi’s husband Taimoor. Nazim shah’s enemies killed him on the wedding night.

In the end, Farhad realizes that once, he cursed Mahi before her wedding. Therefore, it is happening. In the end, Mahi decides to meet Farhadand asks for her forgiveness.

Each episode of “KHUDA AUR MOHABAT” season 3 is exciting and forces one to look forward to more episodes; now 28 and 29 episodes are available on the YouTube channel and other platforms.

To be honest, I don’t watch this drama