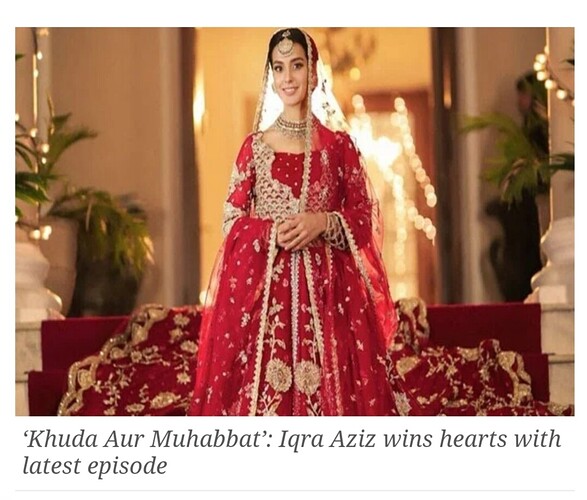 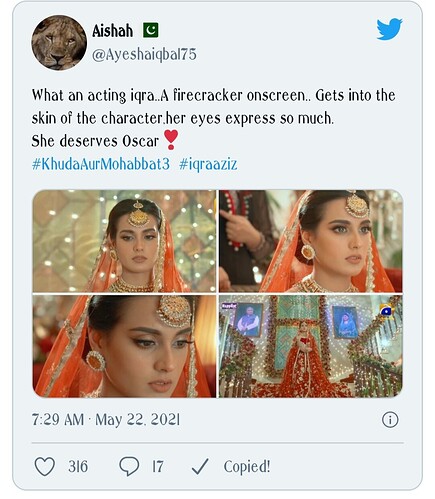 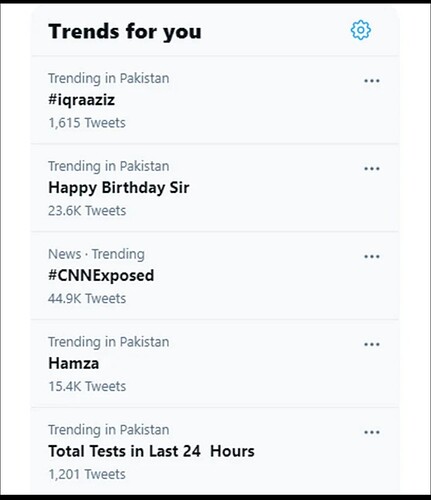 The latest episode of Khuda Aur Muhabbat has amassed over 8 million views in less than 24 hours since its release.

In the latest episode, Iqra Aziz, who essays the role of Mahi, gets married to Taimoor Shah (Mirza Zain Baig).

Iqra looked gorgeous in the ethnic red bridal outfit and the fans can’t stop gushing over her.

Fans praised Iqra Aziz for her stellar performance and her bridal look in the latest episode of the drama on the microblogging site.

One fan wrote, “Adorable #IqraAziz in her bridal look” followed by heart emoji.

“What an acting Iqra…A firecracker onscreen… Gets into the skin of the character, her eyes express so much. She deserves Oscar,” said another user. 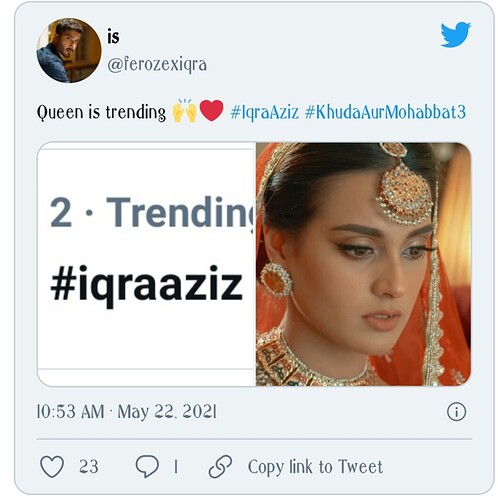