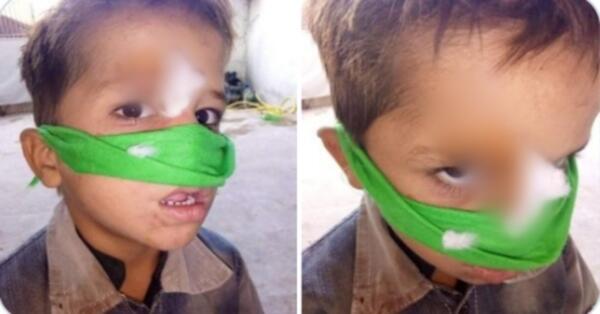 Bannu, Khyber Pakhtunkhwa - In the government-run primary school of locality, a teacher callously punished a first-grade student for not finishing the homework by using corporal punishment that left the 6-year-old with broken nose (deviated septum) and cuts across his right eye. The teacher, Mansoor Jahanzeb, has had himself in crosshairs of parents before too because of his overly strict teaching practices, school but has refrained from reprimanding him citing lack of suitable replacement as rationale.

Child student, who had been in a very rough state post-battering, was shifted to Khalifa Gul Nawaz Teaching Hospital. Priorly, a cloth was tied around his nose to stop excessive bleeding and to keep nasal septum from deviating further. An emergency septoplasty at aforementioned hospital was done to fix the injury and patient was reported to be under 48-hour observation, his parents discarded the possibility of going to police for registering a report since the culpable teacher personally apologised to them and offered bearing expenses of nasal surgery and subsequent medical expenditure. 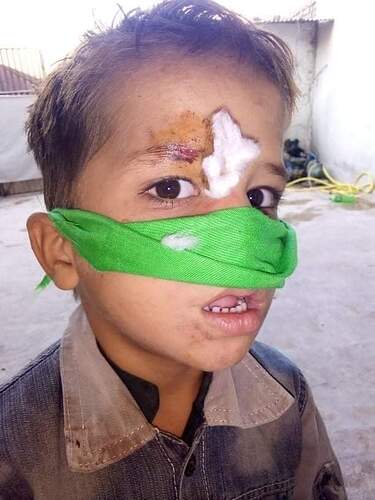 Corporal punishment is a serious problem in Pakistan, not just in educational establishments of faraway rural areas but all over the country, the toxic culture bred and brought up linked to it has embedded a massively outdated mentality in teachers that it’s their right to physically hurt students, no matter how gruesome the aftermath. From small towns to big cities, it’s happening everywhere and while our national assembly in February passed the bill to ban corporal punishment in Islamabad, it needs to be nationwide for fully basking in its gains, and most importantly, preventing our children from getting disheartened with pursuing knowledge altogether because let’s not kid ourselves, with a seemingly bleak future in sight that’s the last thing we need.