Lahore Qalandars vs Karachi Kings: What A Match! 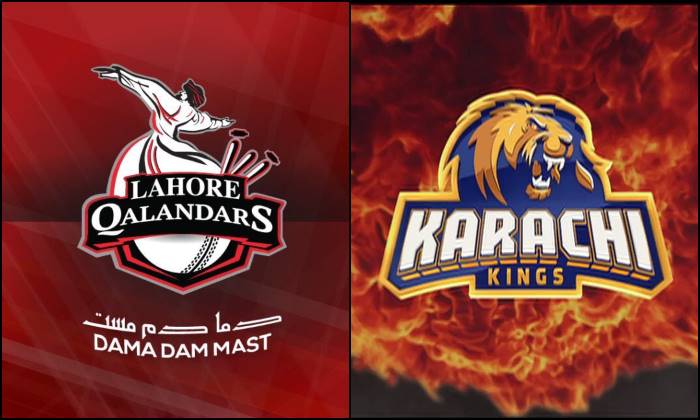 700×420 42.3 KB
Last night saw the match between rivals Lahore Qalandars and Karachi Kings being played in National Stadium, Karachi. It was a well-anticipated match between both teams who had a strong start to PSL, having lost only one match during the league. In their previous encounters, Karachi had won 7 out of 11 matches played against Lahore. With Lahore being the runners-up of the previous PSL and being a solid team this year, as well as Karachi, being the defending champions, this was truly a superb match to be watched.

Lahore won the toss and elected to bowl first. Karachi’s batting lineup was fantastic, with players such as Babar Azam, Sharjeel Khan and Joe Clarke. However, Lahore’s bowling lineup included Shaheen Afridi, who was having a great season so far. And he delivered as he bowled Babar Azam for 5 with an in-swinger. He needed that wicket as his previous balls included dropped catches from the fielders. Sharjeel put up an impressive 64 off 39 balls, though during his knock, Clarke and Ingram had been run out and bowled respectively. Sharjeel’s innings ending with a catch from Samit Patel. Nabi then took the reins and lifted the middle order with his scintillating 57. With Christian’s 27 and Maqsood’s 12, Karachi put a competitive 187 target to chase. Shaheen had a fantastic spell of 3-27. Samit Patel on the hand, well…let’s just say he had an off-day at the very least, giving 27 runs off just 2 overs.

When Lahore came to bat, they lost three wickets early. Akhtar was run out, Denly was sent packing by Mohammad Amir, and Hafeez was caught by Babar. As a Qalandar fan, that made me worried for a bit! Then Ben Dunk and Fakhar Zaman put the entire middle order on their backs as Zaman’s 83 and Dunk’s 50 made for an impressive 4th wicket partnership. He was then caught by a mishit by Babar Azam. Then David Wiese had a cracker of an innings as his 31 off 9 balls propelled Lahore over the finish line.

With this win, Lahore is second in the standings, just below Peshawar Zalmi due to the combatively low net run rate. What a match, what a night and well done Lahore Qalandars!

What a match that was