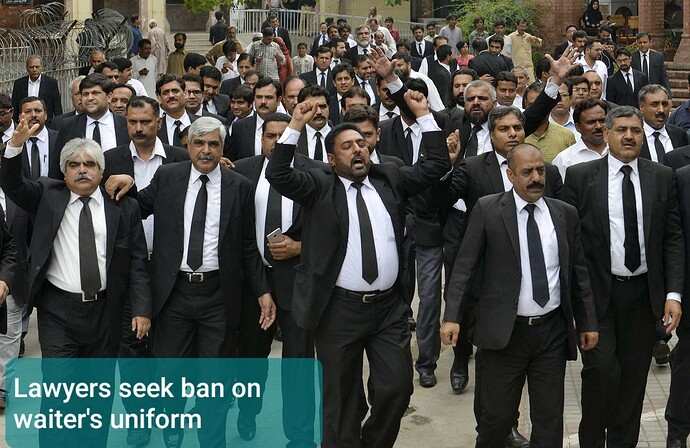 Our esteemed lawyers are trying to be the fashion police. They say that other than them, no one should be allowed to wear their uniform. But the uniform in question is a black suit with a white shirt and black tie.

Here are a list of places that you can wear this outfit:

To work as a bodyguard

To work as a waiter

To your own wedding

To a black-tie dinner

To work (not at a law firm)

To school (if you want to be fancy)

To the gym (sweatpants are overrated)

To Empress Market to buy vegetables

And the list goes on and on. But if you were to ask a lawyer in Punjab, Islamabad or Balochistan, they would say they are the only ones allowed to wear black suits.

“It came to our knowledge, many of the Hotels & Marriage Hall Staff is wearing the uniform of Lawyers. Through this letter I am clearing this, A Law Graduate cannot wear the proper uniform of lawyer unless until he passed the entry test and complete his six month training period [sic],” reads the Punjab Bar Council letter. 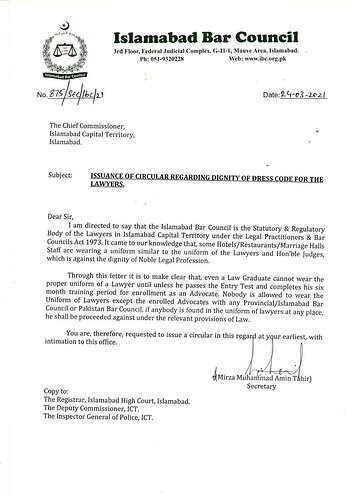 20210329_115001931×1280 117 KB
“Nobody is allowed to wear the Uniform of Lawyers except the lawyers. If any body will found in the uniform of lawyers at any place, marriage hall, hotels, event hall, I have clear directions to proceed under the relevant provision of Law [sic].”

This isn’t a new issue. Lawyers have been wanting complete dominion over black suits for a while. Their fashion claim suffered a blow in 2015, when the Lahore High Court dismissed an appeal asking the court to stop waiters from wearing black suits. Justice Ayesha A Malik had dismissed the petition, saying the court could not issue directions on what citizens could or could not wear. 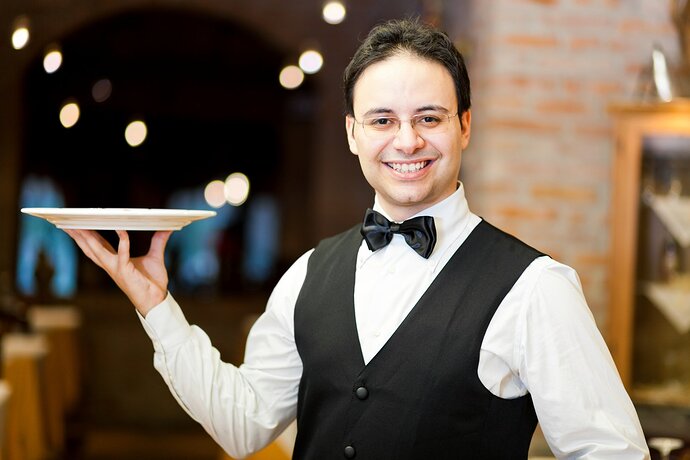 Since a court has already turned down the lawyers’ demand for fashion supremacy, it’s unclear what legal action they will be proceeding with.

It is also unclear what the issue is with someone else wearing their uniform. Do they consider waiters or wedding hall staff beneath them and therefore unworthy of wearing this rather mundane set of clothes? Or do they believe that despite their degrees and experience, someone in a courtroom is likely to ask them to bring over a plate of biryani with raita and a cold bottle of 7 Up?

If lawyers don’t want someone else wearing their uniform, might we suggest an outfit change? They can mirror our former colonial masters and don their lawyers’ uniforms instead. 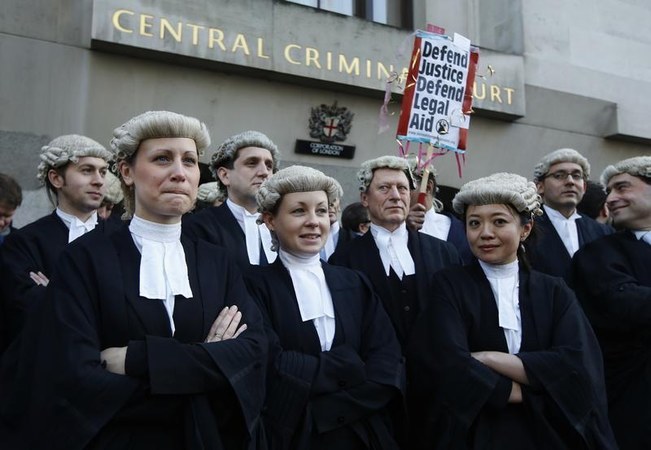