Life of an Asian Football Fan 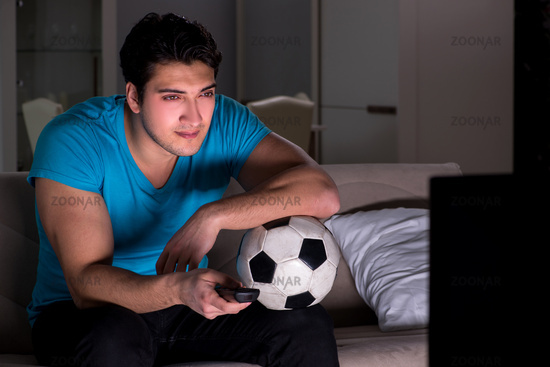 Asian people have no spirit for football, They Said
But they are the ones awake until late night, They Never Said

Europe is the house of football. Europe Top 5 Leagues ( Laliga, EPL, Serie A, Bundesliga & Ligue 1) and especially Uefa Champions League, The greatest club competition, all are watched by football fans from the whole world.

Europe is nowadays 4 hours ahead of PST. We football fans in Asia suffer a lot due to the time difference. Most of the matches are late at night. Their 9 PM is our 1 AM.

Keeping yourself awake until 2 AM for the match to start is a difficult task itself. You are sleepy and bored but you have to hang on…

Probably one could do this by watching another game earlier in the night or by playing video games and finally watch the lineups and warm-up.

You never know how hard it hurts in the head at 3 Am when you are watching a game and you even know homies won’t let you sleep in the morning. Basically it’s sacrificing sleep for Football.

You can’t even tell your strict dad that you were watching a match and you’ve only slept for 3 hours. What you can do is bear that pain, for your team, to watch this beautiful game.

When your team wins, it gives you a peaceful sleep & a happy day ahead. Literally your face tells whether your team won or lost. Our teams play some beautiful Football & entertain us and make us happy after every few days.

And when your team loses Or draws. Ahh man that feeling.

So much pain and effort for this?

And when you wake up in the morning and your eyes are itching like shit & mind is not working properly. The posts on social media about the draw/loss always sadden you and you get sad. And you don’t even wanna go to school/college because you think that fans of your rival team will troll you and make you feel worse.

Although most of the International Fans support top teams which don’t lose very often. But when they do, it’s heartbreaking.

But then we remember the endless joy and uncountable moments of happiness that our team gave us. And we stay dedicated & determine that we will keep supporting our team no matter what. A Fan’s loyalty for his team is more important than his team’s performance. What matters is the team’s desire and efforts.

Can a person who is not loyal to his team be loyal to a friend Or someone else in life?

And believe me, those efforts will not go waste & you will celebrate with your team and cry tears of joy and then you would know the value of those nights and those sleeps sacrificed for this Beautiful Game

This is a feeling only a true football fan can understand.

I agree coz yeah players do have a true feeling of love for their games. AMAZING!!

lines Bro! It’s Peerless! Nothing can Match that Feeling

Football isn’t just a game it’s an emotion for Us .

i dont any rules of the game but then also we enjoyed alot in our school days with our diehard fans of this game.

broh, football is not just a game, it’s all about emotions, passion and respect.