Lock Down Decision by Government of Sindh

The Government of Sindh once again made a Lock down for one week (from 31th July 2021 to 08th August 2021). The government Said that we have made this decision according to the current circumstances as the corona cases are increasing again day by day. The Chairman of Sindh Government also mentioned that the ongoing exams of 2nd year (XII) and then 1st year (XI) have been postponed till further notification. 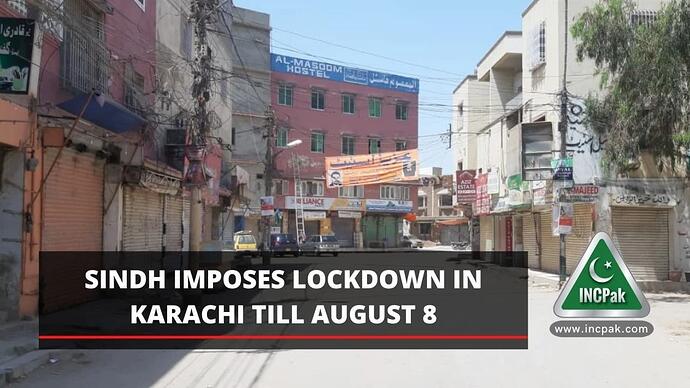 The news is surrounding that Federal Government is not agree with this decision and against Sindh Government decision. This decision is officially finalized in today’s meeting. It is decided that after 31st August salaries will not be issued to them who will not vaccinate himself and vaccination cards will be checked on the streets of the citizens.

Delta variant is spreading like wild fire. May Allah save us!

yes, absolutely delta variant have become more dangerous. ALLAH save us all. Ameen