Love may be blind, but lovers aren't. Pakistani man runs away after seeing his Turkish internet girlfriend in real life 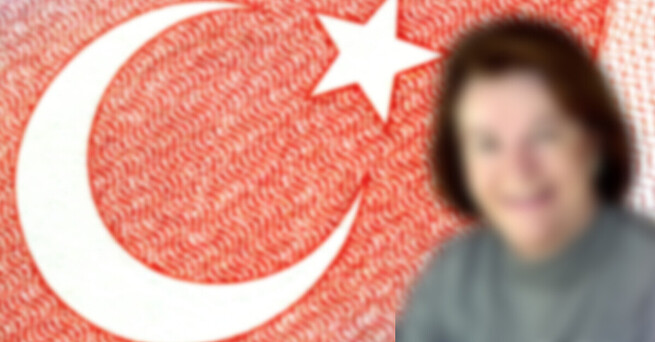 How many times have you heard or read the phrase “Love is blind”? Many a time, I guess. Isn’t that right? But have you ever in your life, witnessed anyone saying “Lovers are blind”? Never, I am certain. Because they aren’t. The looks don’t matter philosophy works as long as you are watching a Walt Disney animation, coming back to real life, you realize how a person looks impacts how others perceive them. It may sound cynical, but it’s human nature, our psychology, our programming, which cannot be denied, as facts are universal.

In Lahore, the heart of Pakistan, a young man ran away from the spot after seeing the real age of his internet girlfriend from Turkey, who had flown all the way to Pakistan to marry her prince charming. The woman, 54, was left stranded in Lari Adda, Badami Bagh at night, waiting for hours when the online boyfriend told her he was going to the nearby shop to buy a mineral water bottle. It was after the third hour it dawned on her he was never coming back.

The woman, Ms. Âylîn Yîldîz, went straight to the police station, where she gave her statement saying she had been talking to her fugitive lover on various social forums for a long time and he made promises of marrying her whenever she arrived at his city, but after meeting her at a bus station, he vanished inexplicably. In spite of that, she demanded no action against him from the law, she said she only wants them to find him. The officer on duty at the occasion informed the media that Miss Yîldîz has been sent to Turkish Consulate Lahore, though she’s persisting with her initial request of staying back & locating her lost love interest rather than going back to Turkey.

Attractive or unattractive, it doesn’t matter. It’s criminal to call someone from another country, from thousands of miles away, and then ditch them like this. At least have the spine to tell them and decency to make sure they leave safely. This right here is one of the umpteen adverse consequences of dirt-cheap internet available to everybody alongside the million advantages it brings.

I think Pakistani boys are professional fraudulent…why he invites her first?and then ditch her in a stupid manner and idk why she came to Pakistan just because he dated her online ahhh ( it is literally hilarious/ridiculous )

Did she lie about her age to the man? If yes, then I think woman is also wrong because that’s also a kind of fraud. And if not, then ofcourse the man is wrong and he should be punished for it.

That was so, so morally corrupt of him. It’s humorous, yes. But viewing it in a broader scope, it’s terribly sad for the woman, we gotta sympathise with her, no one deserves to be given hope of love and have it taken from them. That’s the worst kind of pain anyone can experience.

The deeper details are yet to be unearthed, but judging from whole scenario, it won’t be wrong to conclude she kept him in dark regarding her age and real looks.