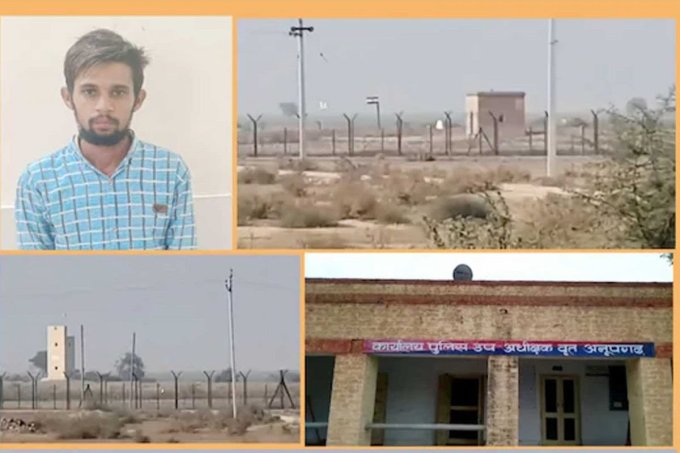 A 22-year-old Pakistani youth was apprehended by India’s Border Security Force BSF while crossing into India, his long-distance connection with a Mumbai-based girl cost him dearly. The young man attempted to meet the girl over the India-Pakistan border but was apprehended. The BSF soldiers are currently questioning the juvenile.

According to sources, Mohammed Ahmar, a Pakistani youngster, breached the zero line between the Border Security Force’s Sherpura and Kailash posts on the Indo-Pak border in the Anupgarh district of Sri Ganganagar and went to Tarbandi. He was apprehended as soon as he attempted to cross the perimeter. During questioning, he identified himself as Mohammed Ahmar, the son of Mohammed Aslam. He declares himself to be 22 years old.

Mohammed identified himself as a resident of Bahawalpur, Pakistan, to the BSF officers. During interrogation, he was found with Pakistani cash notes and a cellphone. He went on to say that he was friends with a Mumbai woman and that their friendship had turned into love. He attempted to cross the border into Mumbai to see his ladylove.

This isn’t the first time a suspicious Pakistani teenager has attempted to enter India. Aladdin, 30, a resident of Bahawalpur, Pakistan, was apprehended by BSF soldiers in the Rawla police station area of Sriganganagar last month. Nothing suspicious was discovered on him during interrogation. The BSF attempted to deport him, but the Pakistan Rangers resisted.

Is it true love or stupidity? What’s your take on it? Let us know in the comments section below.