The “desi” world, does not accept the concept of showing your love publicly. If a man hits his wife around a couple of people, that’s okay. If a woman belittles her husband in front of her friends, that is also acceptable. But you can’t hug your spouse. Not even in front of your kids. Fight in front of your kids, let them know their parents are capable of yelling and cursing at each other. But they should not find out that their parents love each other, and cherish each other. Hopefully, this’ll change. The next generation, will respect each other, learn the boundaries, where to raise voice, where not to raise voice, where to fight, where not to fight. Because marriage isn’t always about the fights. It doesn’t have to be. It CAN be modified. WE can do better. Love. Don’t be ashamed. 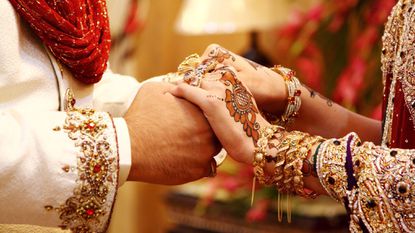 True! Openly expressing your love for your spouse should be normalized!

Yess! Hope it will change.

Thankyou! This needs to change!

I know right! Sick people and their sick mindsets!

I hope so too!

Yes you r right spouse must support n praise each other too show ther love.

Yeah. I wonder when that will change