'Made in Pakistan' mobiles are reality now! 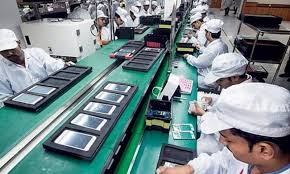 Pakistan expects local manufacturing of major cell phone brands following the approval of the first Mobile Device Manufacturing Policy, according to officials and manufacturers.
Pervaiz Iftikhar, who is part of Prime Minister’s Taskforce on IT and Telecom said:
“Some big brands got in touch with us when they discovered that we were working on the policy. Hopefully, one of them will come to Pakistan within a year,” he further said:

“Ultimately big brands will come to Pakistan, though it will not happen immediately since high-profile companies normally take time to make such decisions”.

Global brands like Nokia representatives in Pakistan said they are monitoring the industrial situation and government regulations closely.
Arif Shafique, HMD Global Country Head for Pakistan and Afghanistan, in an interview said:
“We have prepared a proposal in the context of this development. However, global companies do not take decisions very quickly, especially when they involve setting up operations somewhere”

The authority has already issued licenses to some 29 mobile manufacturers for the production of handsets, chargers and batteries.“The country produces around 12 million handsets annually against the market size of 40 million units. About 28 million sets are also imported annually” Allawala said- CEO Transsion Techno electronics.

The joint venture company is the first to start manufacturing 3G and 4G smartphones in Pakistan. It produces Infinix, Tecno and Itel brands in its Karachi facility and has sold 500,000 units since February 2020. 1.2 million smartphones was manufactured in first two months of 2021. Vivo has also launched it’s production in Pakistan recently.

During the last fiscal year, Pakistan imported mobile phones worth $755.5 million, but the import of these devices increased by 63 percent to $1 billion during July-April period of the current financial year.

Local manufacturing of cellphones was encouraged after Pakistan implemented its Device Identification, Registration and Blocking System (DIRBS) in 2018 to control the smuggling of mobile phone devices through the registration of International Mobile Equipment Identity (IMEI). The move not only resulted in the growth of local manufacturing but also encouraged imports through legal channels.
Visit for more:https://www.bbc.com/urdu/science-56443745