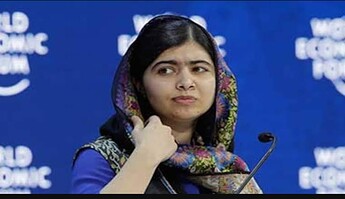 IMG_20210105_2142391080×624 124 KB
Nobody is unaware of how Malala Yousafzai, a young Pakistani girl, has contributed to the rights of education in Pakistan. She has received various awards and honors. UN called July 12, 2013, as Malala Day, a global day of support for and recognition of Malala’s bravery and courage in promoting women’s education. Last year a bill was passed by the House of Representatives according to which USAID will be awarding at least 50% scholarships to Pakistani women, across a range of academic disciplines, given they meet the existing eligibility criteria. It was brought into existence on the very first day of this year and currently, President Donald Trump is expected to sign the Malala Yousafzai Scholarship Act into law.
1 Like