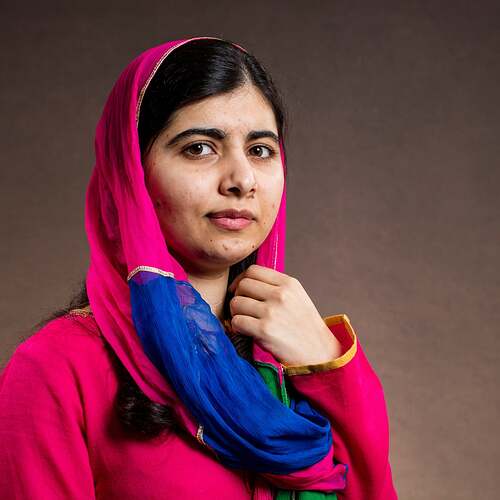 Malala Yousafzai, the Nobel Peace Prize recipient, has teamed up with Apple Inc to create a number of new shows for the tech giant’s streaming service, including dramas, children’s movies, and documentaries.

According to a blog post on Company’s website, Malala and her production company, Extracurricular, are extending an already established relationship with the company.

Assembly, a multimedia publication for girls and young women available on Apple News, was launched in 2018.

Malala said that on the 110th anniversary of International Women’s Day, women all over the world should take a moment to recognize what they have accomplished.

“I want every girl and woman to be proud of herself and what she has accomplished in her life,” she said.

Yousafzai, 23, was shot in the head by a Taliban gunman in 2012 after she was targeted for her fight against the Taliban’s attempts to prevent women from receiving an education. Last year, she earned her bachelor’s degree from Oxford University.

Malala Yousafzai and her new production company Extracurricular will join Oprah Winfrey, Steven Spielberg, Will Smith, and Jennifer Aniston on Apple TV+, the company revealed in a blog post.

She is doing a great job! @Noorulain_Aslam Thanks for the information:)

yes she is great

(post withdrawn by author, will be automatically deleted in 24 hours unless flagged)

Everybody have their own perspective of thinking it’s up to you to think positive or negative but here I’m honestly not agree with your opinion. I like her that’s why I write about her. I respect all her efforts.

These all are rumours though

Agree with you noor she’s great🍂

I think you should’ve to research about it

@Noorulain_Aslam keep up the good work💞

No problem If you’re not agree with me