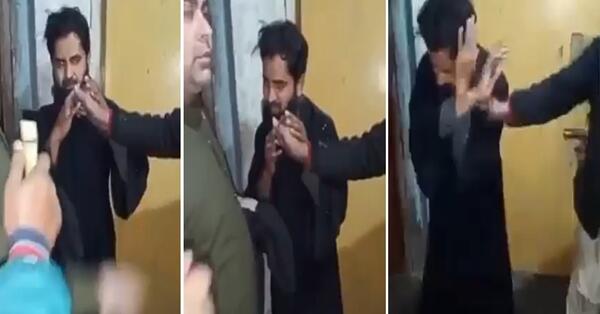 Punjab; A burqa-clad man was apprehended red-handed in Gujranwala’s market, harassing and ungentlemanly touching women for perverted sexual gratification. He was beaten by the frenzied crowd that gathered after finding about his indecent shenanigans, market shopkeepers also got involved in drubbing, soon after, crowd handed the pervert over to Kotwali Station Police, wherein on the pressing of appropriate charges, they have registered a case versus him.

Cross-dressing miscreant’s name has been revealed as Umer Adeel, resident of Daska city, eyewitnesses detail his modus operandi as masquerading being a female and forcing himself into conversations with shopping ladies, talking in a womanly voice, then caressing them on different bodily locations pretending like it’s a part of conversing gestures.

Overdoing of these molestation tactics made some women shoppers suspicious, which instigated molester’s exposing, mob thrashing, and eventual incarceration. 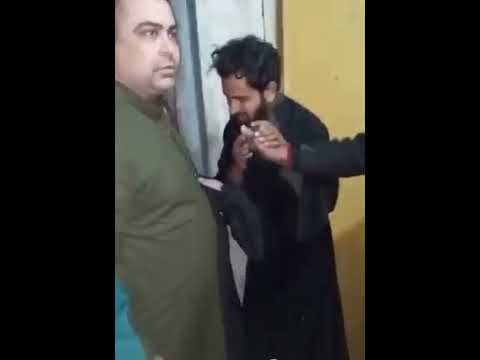 In police custody, he has since confessed to the crime being alleged guilty of during initial interrogatory proceeding, he’s admitted doing this before, getting away without facing any repercussions every time. In a final resort to avert jailtime, the culprit has pleaded forgiveness from affected ladies, apologising and swearing on mending his ways, hoping they would drop the charges.