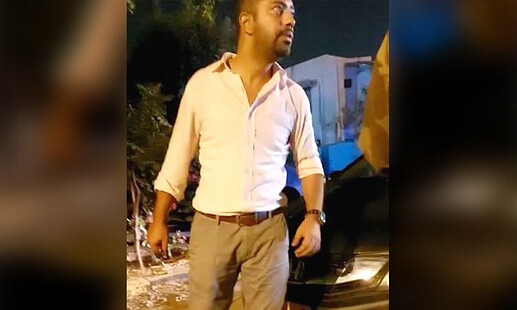 Following a verbal quarrel over a minor parking dispute, Ibrahim Durrani violently attacked Fashion designer Mohammad Moazzam Khan and his two sons with a small Swiss Army knife that was attached to his car keys in the limits of Pakistan Air Force (PAF) Falcon Complex Karachi on March 16, 2021.

Attacker fled the scene and remains at large.

Graphic videos doing rounds on social media show Durrani hurling threats at both victims as while a security guard attempts to diffuse the situation. Durrani during the entire verbal exchange is wielding the knife that he later uses to cut and stab the victims.

In the FIR, a copy of which is available with Dawn.com, Moazzam said he was present in his home on the night of March 16 and went outside after hearing some noise. Moazzam alleged that his neighbour, Ibrahim Durrani, used abusive language against him and attacked him with a knife with the intent to kill and inflicted wounds on his head.

Police say an FIR has been registered of the incident but no arrests have been made so far.

A bloodied motionless shirtless body of one of the more critically injured victims can later be seen in the video as his terrified family and nearby residents attempt to revive him. According to the FIR, Moazzam took his injured sons to the Aga Khan University Hospital despite being injured himself. The video is here

WATCH AT YOUR OWN RISK 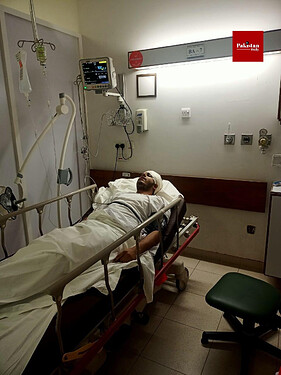 Astaghfirullah💔 this is so painful… Hope they get justice and this beast is given severe punishment for such heinous act.

He’s on the run but I hope he gets caught.

Yes especially the part when he starts stabbing

This is extremely saddening. This man should be brought to book!

Power-tripping neanderthal, acting like he is above the law, got bail poste-haste too. Seriously, I am at loss of hope for our country at times like this.