Man married white rice cooker, divorced it after 4 days. Is it the world's most bizarre marriage? 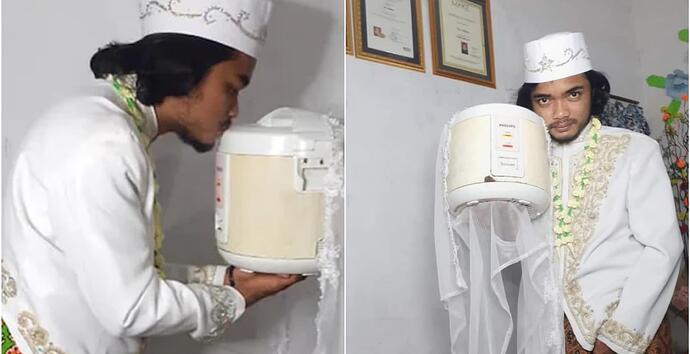 In the world of bizarre news and incidents, where many things make us laugh and amuse at moments. One such odd incident has gone viral over web media and has left everyone amused and astounded at the same time. An Indonesian man married a rice cooker. Yes! You heard it right. Khoirul Anam, an Indonesian resident posted his wedding pictures on his Facebook account with the rice cooker alongside, which has caused a stir on social media.

He can be seen in the pictures, wearing a traditional wedding dress with a white rice cooker. He decided to marry the rice cooker for these main reasons “fair, obedient, loving and good at cooking”. Since this news went viral, he had earned 7.9 k likes and comments on his photos. 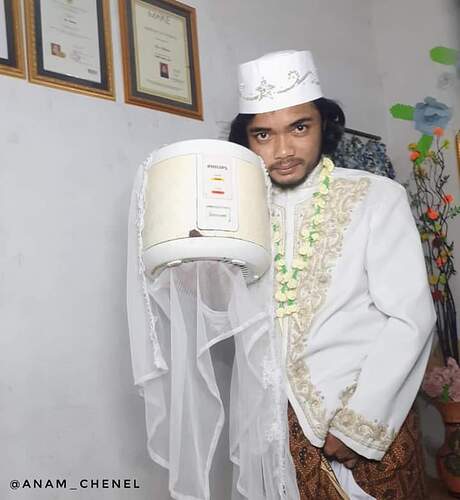 But as we all know nothing is eternal, and so is this wedding. This unfortunate marriage lasted for only four days. Khoirul Anam posted another update on Facebook but this time not to gather congratulations but to announce his divorce. “My decision is round… heavy indeed… but this is the way I take… no perfect partner,” he said.

According to the reports, he is a well-known celebrity and a web sensation who performs bizarre acts and stunts to amuse his fans. And of course, wedding a rice cooker was a part of bizarre stunts to gain social media fame.

What do you think of the story? Let us know in the comments section below.