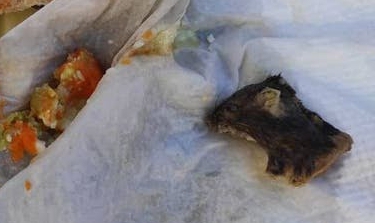 Getting a lizard fall into saalan is perhaps the most frightful nightmare a Pakistani household, especially the kitchen overseeing ladies of the house can visualise, those creepy little crawling abominations are present abound on walls in every home and refuse to piss off irrespective of a trillion remedies the inhabitants try. Similar to our hazardous lizardous misfortunes, there are different demons at large in different regions of the globe that bedevil their culinary delights’ delectability.

In Spain, an unlucky gentleman had the hard luck of biting into a mouse’s head, to make it worse, it wasn’t your average run-of-the-mill biting and realising you’ve dug into forbidden, uncharted meat territories, it was a proper chewing where meat juices deluge your taste buds, aptly introducing the flavour blast in your mouth and slowly flowing it down your throat. The hapless fellow, named Juan José, opines mouse head was the most awful, most horrid thing ever occurred to him in his life and we really can’t disagree, if I accidentally ate a mouse, I would consider that a fate worse than death. 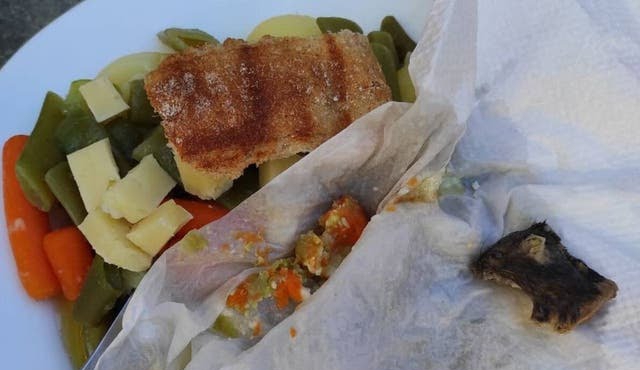 Mr. José had purchased the adulterated frozen vegetables packet from a French supermarket Carrefour, later he mistook mouse’s head for a commonly eaten unbloomed flower ‘artichoke’, but the crunch, pungency and rigidity of severed rodent carcass made him spit it out, he looked at it keenly, then quickly headed towards restroom for throwing up.

José hasn’t decided to sue the company and has instead filed a complaint to supermarket chain’s management, who apprised they have post-haste contacted the manufacturer, who in turn have strictened quality maintenance protocols to maximum. One thing yet awaiting its resolution though that José wonders, “If I got the head, then who got the remaining body?”

Whomever may have gotten it, we pray in unison for what’s about to befall them (or likely has already befallen).

Dear Lord, the creator of heaven and hell, ruler of seven skies! Have mercy on that poor, cursed soul. Amen

Spanish supermarkets be giving Walmart a run for their money

i swear the news keeps getting weirder with each passing day. Just read about komodo dragons eating a man now what the heck is this? Ratatouille 2: Revenge of Linguini?

@ JibranAli Komodo dragon. Eating. A. Goddamn. Man??? What??? I sincerely hope my eyes are betraying me cuz those monstrosities make their prey suffer! Like suffer beyond our limited imagination! Worst of the worst of the worst!! Seen a bunch of them eating deers, hares, boars while they were alive & I can’t erase it from my memory even if I washed my brain with bleach

@ BumrahFan22 Believe it or not. I fashion myself a gore enthusiast yet every fiber of my being cringed watching those ghastly creatures taking their sweet time devouring a grown a** human in most painfully possible method. Should I link it here?

I can understand a frozen rat having no odor but how oh how can you not smell a microwave defrosted rat? Shit would have smelt like day 15 spoiled shrimp soup with a taint of dead frogs.