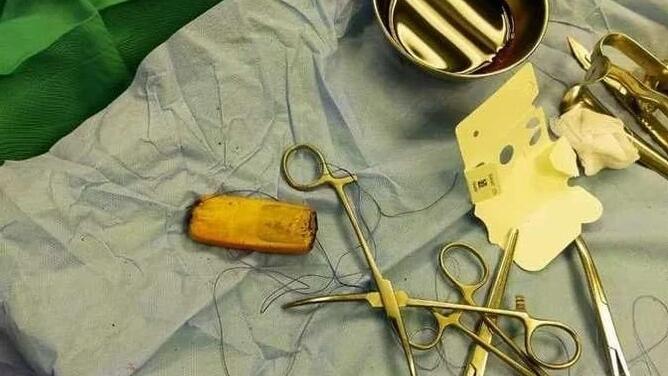 You have heard many times that a man engulfed a mobile phone and a doctor found a pair of scissors in a man’s stomach. But most of the time, these events are fake and not truth-based. But today, the incident we are talking about is a true event.

According to local reports, in a hospital in Cairo, the capital of Egypt, surgeons removed a mobile phone from a man’s stomach, who swallowed it six months before.

The person was admitted on Friday night to Aswan University Hospital because of severe abdominal pain. He was suffering from severe pain and abdominal cramps.

Doctors performed X-ray and lab tests and concluded to perform surgery. Surgeons found that he had swallowed a mobile phone which has created a hindrance in the process of digestion and has caused abdominal pain. They quickly removed the mobile phone and declared the patient stable. The doctors were in shock, how this person had swallowed a mobile phone and kept it inside his stomach for six months? How did he survive is itself a question mark.

Recently, a man from Europe swallowed Nokia 3310 mobile and had gone through surgery. The question, which has created curiosity is, how a person engulfs a 7 inches long phone without himself getting aware of it?