Man who molested woman bringing her kids back from school, nabbed at last 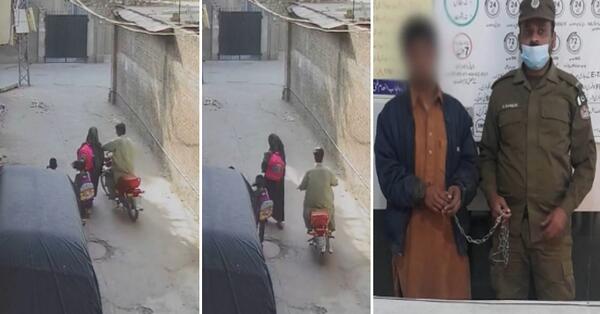 Lahore, Punjab; The vile man riding a motorcycle, who was observed on street camera in the middle of sexual assault, has finally been captured and confined to jail cell once his bail filing was denied. Video recording depicted him committing felony at Ravi Road area, where he rode a bike past victim and her children in the street narrowed by inconvenient car parking.

Upon passing them by over a small distance, he took a sharp u-turn, drove past the family again, this time extending his left hand and grabbing mother’s chest amid her strong resisting before speeding away, leaving children terrified and woman trying to process sudden traumatising episode pre-realisation what befell. 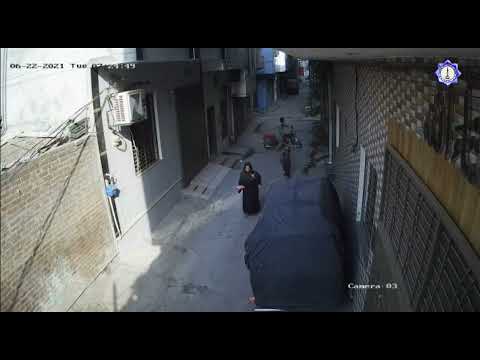 The molestation victim didn’t immediately inform police, she confided whole ordeal to her husband who decided to formally lodge complaint with Ravi Road Police. They searched and holed felon out, nabbing from his house near Bhaati Gate displaying an unprecedented level of competence, suspect was promptly identified by victim at lining-up in station, proving the arrest indeed to be correct beyond mistake suspicion, felon’s name is Shaan.

Newly appointed DIG Operations Lahore, Dr. Muhammad Abid Khan appreciated raiding team on success and fervently emphasised the women harassers would all be held accountable and met with rightful legal fate in the guidance of law.