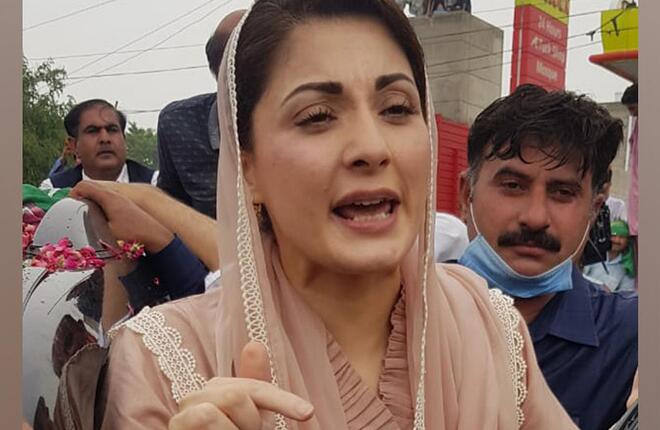 Maryam Nawaz was summoned before NAB on 26th March in the context of Chaudhry Sugar Mills and Raiwind, Jati Umrah (approximately 1,500 canal) land cases but the Lahore high court provided a huge relief to her by granting her Pre-arrest bail. The PML-N leader appeared before LHC Chief Justice Muhammad Qasim Khan today and made a request for an urgent hearing of her case, which was accepted at 12pm today. A two member bench consisting of Justice Sardar Sarfaraz Dogar and Justice Asjad Javed, heard the case and approved the bail of the PML-N leader against two bonds of Rs1 million each. Maryam’s Lawyer, Azam Nazeer Tarar, stated in the petition that:

“NAB has a “tradition” of arresting people after inviting them to appear before it and they fear that NAB can arrest Maryam Nawaz on pressure from the Government.”

Maryam Nawaz in her plea stated that:

“Record relating to Jatti Umra land has been presented before NAB, no physical presence is required, any record if NAB demand will be furnished before NAB, the call-up notices is general and vague and same does not specify the fact, point, nature of the allegation and it’s nexus with the petitioner who admittedly has never remained holder if any public office.” 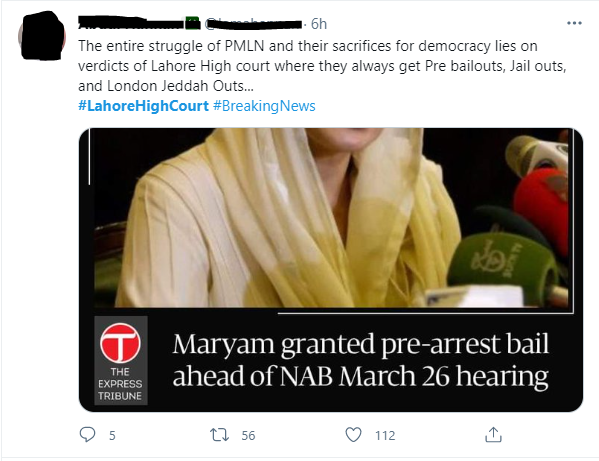 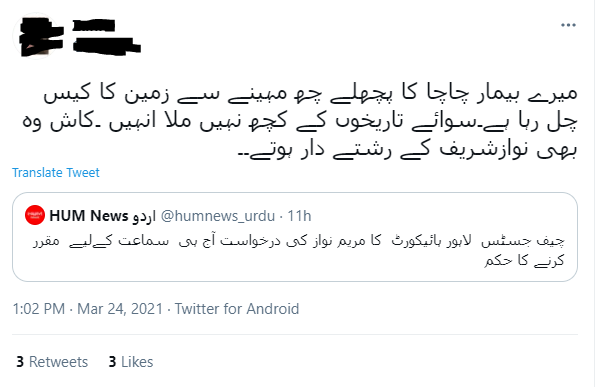 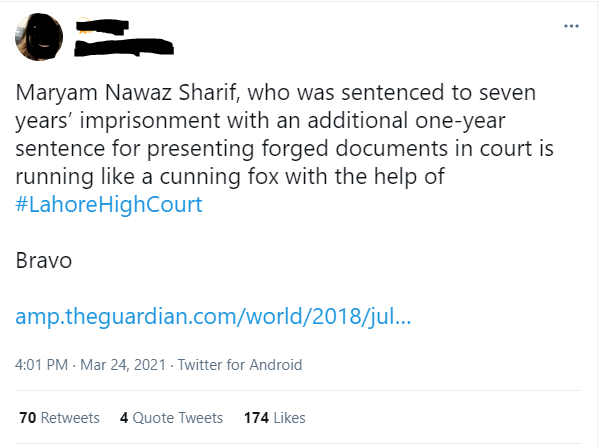 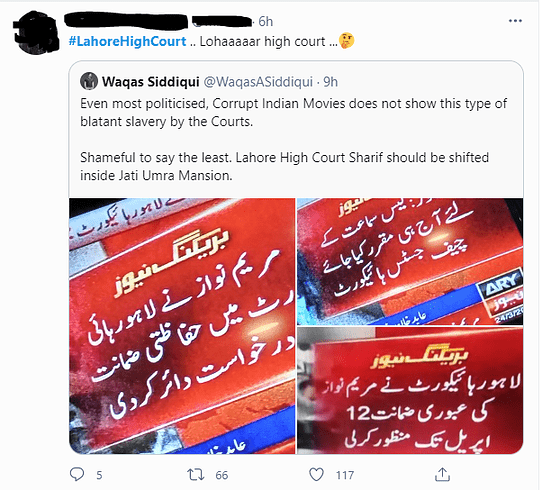 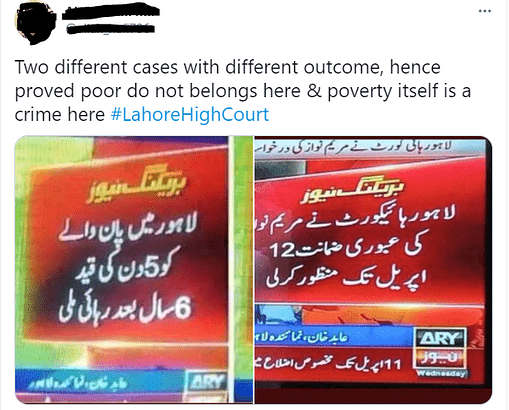 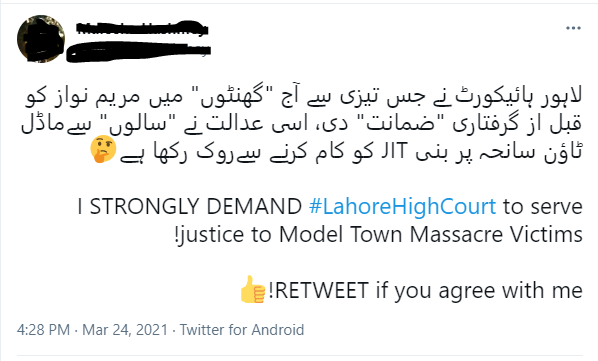 What are your views on this decision of Lahore High Court? Please let me know in the comments below!

And she said I’m not afraid of being arrested😂wow what a joke!

Hahaha she’s got a weak memory. Her own statements contradict eachother 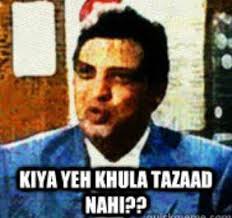 Merriam Nawaz should be arrested!!!