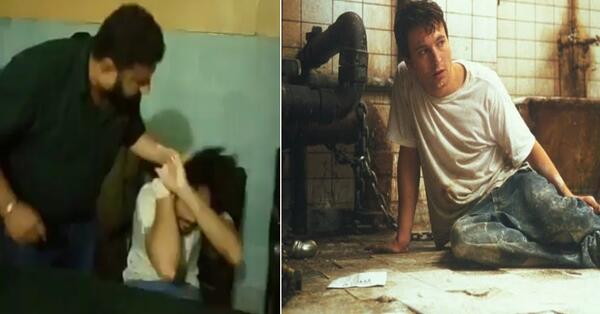 Probably as an end result of watching too many action films having sadistic antagonists, Mayo Hospital Lahore’s janitorial supervisor created his own private torture cell. His dark chamber of pain came to light in aftermath of a brisk preliminary investigation when the videos featuring people being beaten surfaced. Supervisor, identified as Zohaib Malik, used to pick up people from hospital parking and different other areas on suspicion of them being at hospital premises for no reason, mostly considering them addicts, thieves and homeless, which is an actual widespread problem plaguing Punjab’s capital.

While the intentions not bad, the way of dealing with problem surely was. Violence begets violence, breaking of law isn’t the answer to breaking of law. In footage captured from crime scenes, torture victims can be seen begging for forgiveness mid-assault.

Many formerly victimised citizens came forward once the illegality became public, they said the torture cell situated inside building was more of an excuse to satiate main suspect’s violent fiendish tendencies rather than keeping irrelevant persons off premises. Mayo Hospital’s management has established a 3-member committee to thoroughly investigate, which shall submit its report in 24 hours. They also added, JS Zohaib Malik was given responsibility of preventing visitors’ entrance who had no business being there, not licence to thrash like he’s 007 from Bond franchise, we are suspending him and his muscles (i) ward boy Abdul Ghaffar (ii) janitorial staff member Irfan Malik, with immediate effect.

Hattricks and hattricks…
I don’t understand why Mayo Hospital always stands out first whether it’s about a covid patient commiting suicide, security guard operating an elderly woman and now a private torture cell.