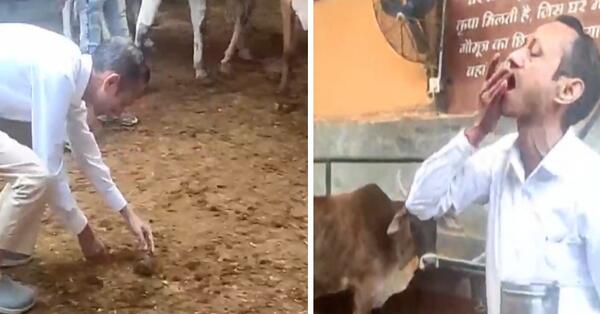 Drinking cow urine in Hinduism is nothing new, in fact it’s revered sanctified because of religious connection, but a MBBS, MD doctor from Karnal city of Indian Punjab has now advocated cow dung ingestion, a practice previously unheard of. Doctor in question, Mr. Manoj Mittal has been eating cow dung regularly for many past years, he believes cow dung contains essential nutrients that protect humans from adverse effects of radiation emitted by electronic devices like cell phones and ACs.

Dr. Manoj’s research shows that radiation is reason behind constipation, wrinkles, infertility in both men and women, dark circles around eyes and baldness. According to him, all of these diseases can be averted by eating cow defecation, he says, “Yeah the mere mention of ingesting feces, even when it’s just grass and other vegetation, might disgust people and make them wanting to puke, but if the feces can be beneficial treatment, then why not?” Dr. Mittal advises patients’ parents visiting his children hospital to make both cow urine and dung a part of their kids’ diet to fight off illnesses in future competently. The surprising advantages of this unusual medication don’t stop here, they cure and rid users of joint pain, uric acid, stomach worms, while also helping pregnant women deliver offsprings normally. All this usefulness with zero side-effects in contrast to allopathic medicines is scientifically proven, insists Dr. Mittal. 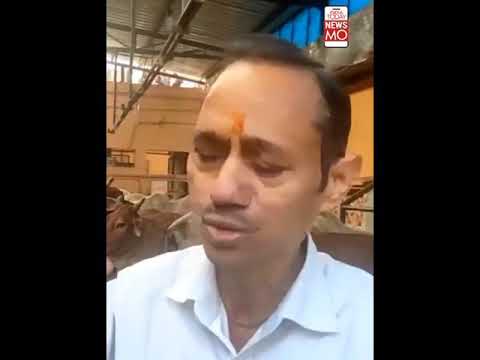 Scientific community, on the other hand, doesn’t look to be in agreement with doctor’s ‘scientifically authentic’ revelations much. They have outright discarded his claims, asserting it’s wholly unproven, and all excrement is excrement, it is ejected from body because it’s not needed, there is a good reason it’s called ‘waste’ not ‘save’, if it was beneficial, six million years of human evolution would have designed bodies to preserve it.

In addition to medical fraternity’s refutation, woes have worsened for cow waste enthusiast physician, after India Today’s airing of report on him, concerned citizens have bombarded Indian Council of Medical Research with protestations, requesting them to revoke Mr. Mittal’s practising licence as a person having such nonscientific, dangerous beliefs is severely unfit for a health professional’s job.