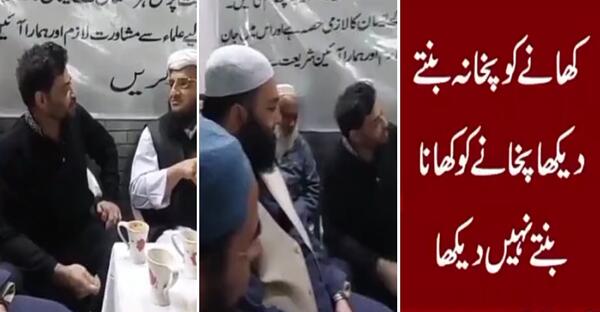 The ever-controversial media darling Dr. Aamir Liaquat Hussain has returned with a brand new contentious statement after coming back from hiatus upon making full recovery since falling critically ill a week ago, this time by seemingly hurting the sentiments of Shia sect followers, uttering sectarian hate-peddling remarks. He is yet to clarify his stance on subject and provide context behind his offensive public comments.

Aamir Liaquat, famous in Pakistan for many a reason, i.e. being member of Pakistan’s National Assembly, host of television programmes, a brief stint as religious scholar, was filmed on camera during a protest gathering against demolition of illegally built Madina Mosque at the Tariq Road, Karachi’s land reserved for park. While sipping tea, sitting beside clerics and other noteworthy protesters, Dr. Liaquat disgustingly equated Shia Muslims, devotees of the second-largest (10 percent of Muslim world population) Islamic denomination, to human fecal matter.

He, as he issued clarification he didn’t belong to the sect in question, said "[Late] Maulana Abbas Haider Abidi (Shia scholar), converted my older brother Imran Liaquat Hussian into a Shia, when he asked me ‘Why don’t I become one too?’, I retorted, “Food turns into feces but feces can’t be turned into food! [allegory that regardless of how hard it’s tried being made presentable, Shiaism can’t change its original (derogatory) form]”. 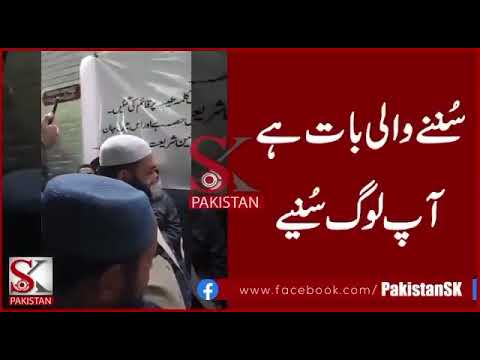 Sitting MNA’s remarks have aggrieved and dejected 20.2-30.3 million Shia Muslims residing in Pakistan, they have demanded Prime Minister Imran Khan to take notice and expel him from his political party, Pakistan Movement for Justice’s membership. Apart from that, an influx of legal actions at different police stations of country or a single but stern religious/sectarian hate speech case’s persuasion against him is anticipated in coming days.

Amir Liquat opinion is deplorable, distasteful & wrong on so many levels. Pathetic.

What bs nauseating statement is that? How is this retard a member of parliament?

Wish I was Imran Khan I will kick his ass without warning, scumbag!

Aamer Liaquat is a disgusting waste of human life himself. Every word he spouts he spews something repulsive.

Dear shia brother and sisters, we are sorry for this idiot hurting you. He is an idiot, he does not represent us all, plz ignore him.

not first time he has stirred division between Islam sects he has done it before. should be jailed long time, he is the real * gustakh *.

Completely unacceptable. Where is blasphemy brigade now? How can he insult whole sect like that equating them to po*p yuck. Punish him!!!

Amir Hussain is a characterless person who got exposed long ago but noone cancelled him. 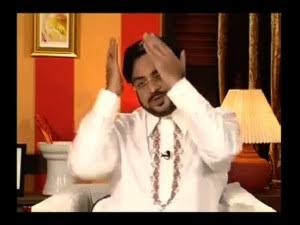 Remember when this vulgar video of his got leaked? It was clear from that moment he is wolf in sheep’s clothing.