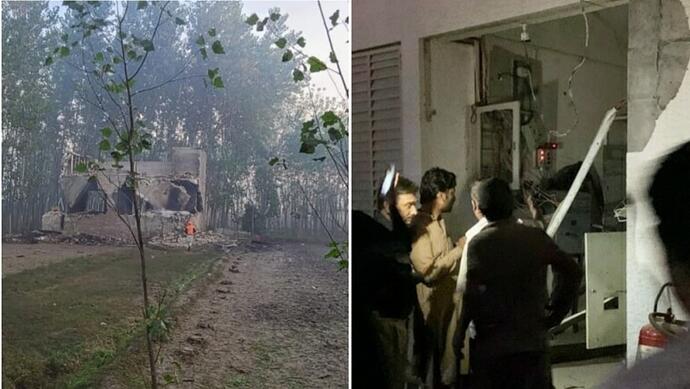 Police on Saturday arrested 13 individuals on the charge of burning alive a wheelchair-bound man in Charsadda, who was associated with killing a minor boy over the supposed robbery of a goat late on Friday. The man couldn’t survive the injuries and kicked the bucket subsequently.

Affirming this, the police said that the incident occurred in the Paladheri region in the constraints of city police headquarters, where dissenters protesting against the killing of an adolescent transformed into the crowd and went to the crippled presume’s home and set him ablaze, additionally burning him alive. His mother was likewise offensively injured in the pyro-crime assault.

Cell phone recordings of the agitators pushing the wheelchair-bound man from the top of the house into the fire were additionally shared via social media. The recordings showed a major group encompassing a burning house and shouting.

Charsadda District Police Officer Asif Bahadar said the killed wheelchair-bound suspect was distinguished as Suliman aka Malang Jan, who purportedly prior shot dead Shahsawar, 22, clearly in a disagreement regarding the burglary of a goat.

Malang Jan’s mom let the police know that Shahsawar used to prod his child. She said that on Friday her child had a fight with Shahsawar – who was killed later in the evening – and subsequently, Ajmal, Bakhtiar, Siraj, and others encompassed their home.

SHO city police headquarters Behrmand Shah said when they attempted to protect the blockaded family, the crowd additionally assaulted them with sticks and stones, harming him and another police workforce.

They enrolled one more FIR against Malang Jan for killing Shahsawar. It added that occasionally back Malang Jan’s goat was taken by obscure individuals and they were suspecting Shahsawar for the burglary.

CM Charsadda took notice of the incident and acquired the report over the matter. But is it right to take the law into your hands to pursue justice? What’s your take on it? Let us know in the comments section below.