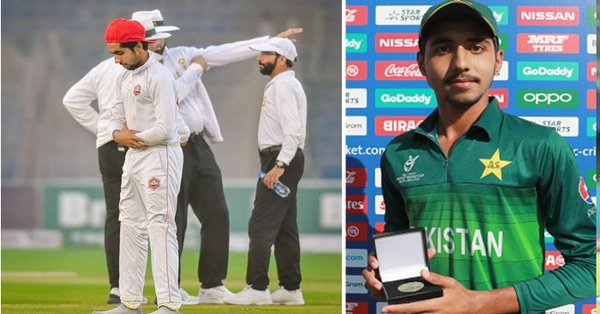 In the ongoing domestic first-class cricket tournament Quaid-e-Azam Trophy’s final at National Stadium Karachi, Northern’s player Muhammad Huraira initiated a raging debate by offering namaz amidst game’s second day play. Though he did it while short drinks break was in progress, fans’ response to watching that has been mixed at best unlike national team’s wicketkeeper and opening batsman Muhammad Rizwan’s executing of same action in T20 world cup match against India, which received humongous, widespread commendation with legends like Waqar Younis going as far as lauding it in a tv programme and inadvertently adding communal undertones, making it fairly controversial in process. 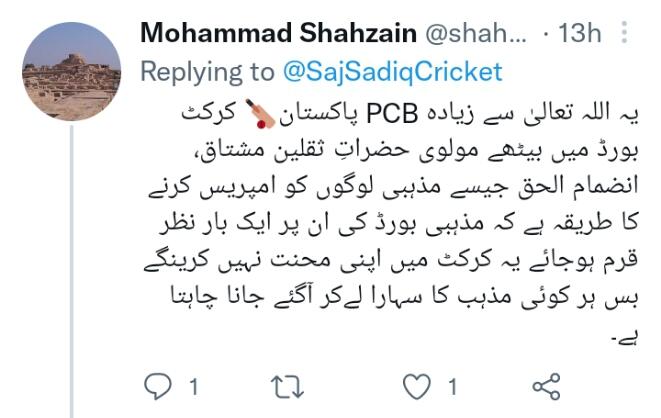 Regarding the present instance, fans have labelled public praying during match’s live telecast an attention grabbing tactic, a show-off. What makes this open illustration of faith practise so different from Rizwan’s? The people opine it has now become more a show-off, a parlour trick to score marks with those in power you aspire to impress, for gaining social media praise and clout amongst fans who unhealthily seek religious validation from sportsmen when the religion needs none.

Players know that country’s cricket followers’ vast proportion gets happy by any positive sentiment display relating to faith, so they deliberately worship afront viewers at venue and home, being stimulated by self-serving and self-interests, not sincere faithful devotion, otherwise they could always pray afterwards as Islam allows in case of valid excuse as professional duty, in dressing room or ditch sport altogether if religious obligations are truly held prioritised above everything else mundane. 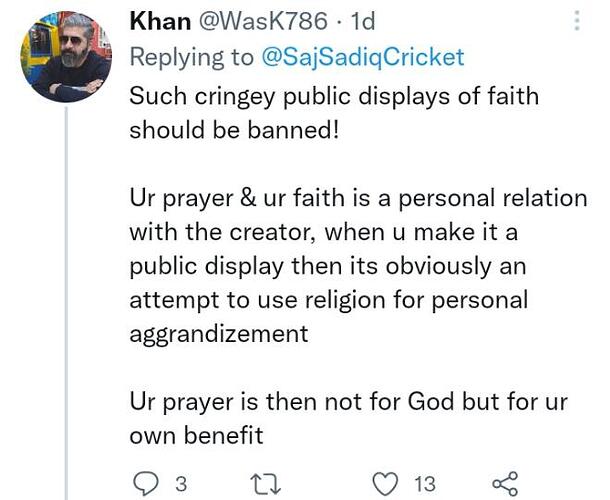 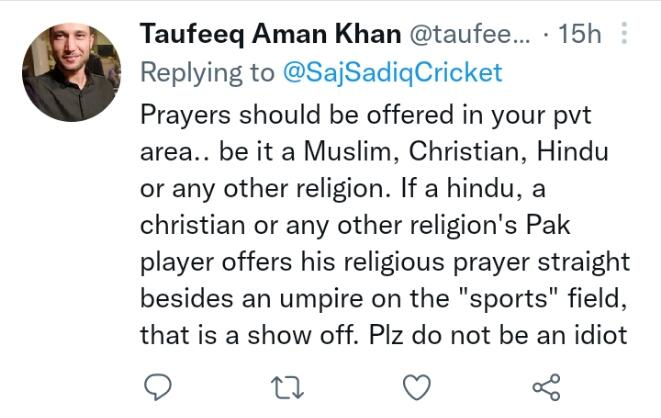 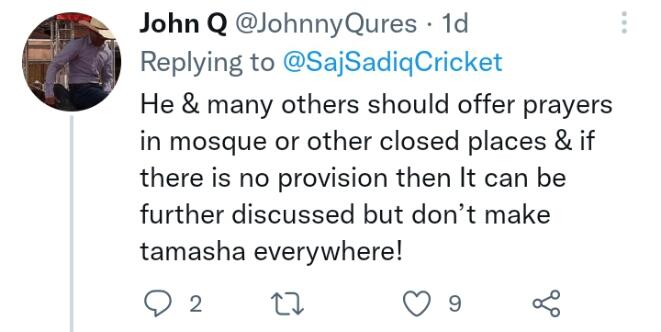 What’s your take on the red hot matter?

No thanks. Spare us the intermixing of sports with religion, it has done enough defacing already.

Intermixing??? Am I reading it right?

It’s duty of every Muslim don’t matter where you are, your opinion is unfair so is the criticism

Sports should stay separate from faith, when you can easily take 5-10 min break and offer salah in pavilion it does not make sense doing in front 25 cameras. At that point it merely an exercise for Internet brownie points.

Worship is for God not for humans, why show off specially when praying area is available

Imo people here are being harsh on young athlete. He offered prayer on field so what! Don’t the senior cricketers do sajda in ground? Learn to not be hypocrites.

Not harsh. Criticism is legitimate, even cricket fans are saying same thing. Nowadays no amount of fame is enough, everyone wants under spotlight 24/7.