Mother of 3 children drives rickshaw to make both ends meet

Shazia Naheed from Faisalabad is a great example of women inspiration and empowerment. Being a mother of two daughters and a son, she is driving a rickshaw to bear the financial expenses of her family as her husband abandoned her two years ago.

When her husband left her and her children alone then instead of begging or waiting for some charity, she learned to drive a rickshaw to generate the source of income so that her children can get their education and don’t suffer.

This stong-determined lady books her rides from families whose children are school-going so she extends to them the pick-and-drop service. Interestingly, she doesn’t let men get a ride in her rickshaw. Other women in her neighbourhood also rely on her carriage. 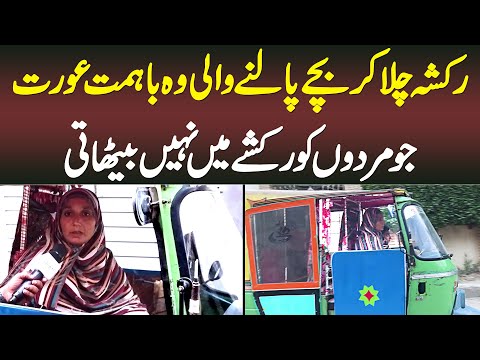 To conclude, Shazia’s struggle story is a great example of encouragement for every woman. Besides this, people also say negative about her as she drives the rickshaw. Being a woman, one can understand how hard it feels when other people mock you and you get disheartened. But because of her strong determination, she is on her way to making money for her children despite the people’s comments about her.

What are your thoughts about this iron-willed woman? Share with us in the comments section below.