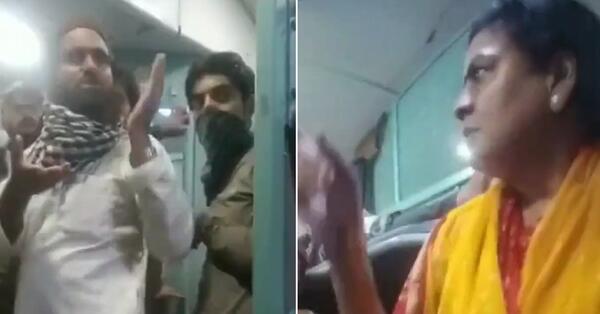 A bearded Muslim man in India was humiliatingly assaulted in train by a middle-aged Hindu woman over alleged sexual harassment. Woman claimed she had been inappropriately touched on her exposed bodily area above waist, whereas thrashed man rejected molestation attempt allegations. His defence was that that owing to train being jampacked with commuters, his hand may have inadvertently touched woman’s bare back, but he had no lustful intentions as being purported by sari-clad lady. Despite the beatdown being captured on camera, the supposed harassment wasn’t, providing no definite proof to either side’s claims. 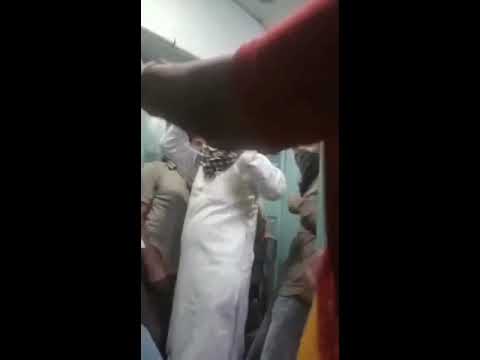 People on social forums are divided, primarily because there is a precedent and pattern of women accusing men of wrongdoing, then turning out to be aggressors themselves. Most prominently recent, it was seen in Lucknow where a woman named Priyadarshani Yadav slapped a taxi driver non-stop a whopping 22 times for hitting her with his vehicle. Whereas in probe culmination, she was found illegally crossing road at green signal (jaywalking), thus her claims were rebutted. But then again, there are actual harassment / molestation incidents everyday too, fair to say it’s not the easiest job to pick a side in such matters, neutrality is the saner option until smoke of uncertainty settles.

Commuting bystanders and sitting passengers from the train also deny having seen transpiring events leading to assault, they only noticed when it already had erupted, police haven’t been involved either. So, that leaves us with one possibility - the daunting possibility of eternal unknowing. Not only is it harder to determine the person in wrong here, it’s impossible, unless there are people among us with sixth sense capable of figuring the mystery out.