Mutton or Chicken Biryani? Wedding cancelled midway over the fight on biryani recipe 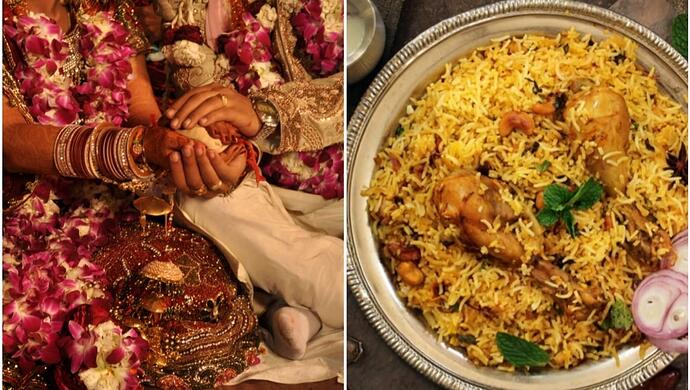 Biryani is considered to be one of the most popular foods in the Indian subcontinent. You may have seen television commercials about families reuniting because of Biryani, but it may also sever a family’s tie.

The wedding between the two families in India was canceled due to a disagreement over the choice of Mutton or Chicken Biryani.

Saifullah and Yasmeen Taj’s wedding was postponed because Yasmeen’s family prepared Chicken Biryani among other dishes for the reception, but Saifullah’s family objected and insisted that Mutton Biryani be prepared instead of chicken.

Yasmeen’s family began to have reservations about his daughter’s safety in Sasural, claiming that if such a minor demand could not be met, then what was our daughter’s destiny in Sasural? Both families got into a heated fight about the type of Biryani to the point where they decided to call off the wedding.

Do you think the choice of biryani is a matter of argument at a joyful event of the wedding? Or is it a perfect reason to get rid of toxic Shaadi? What’s your take on it? Let us know in the comments section below.