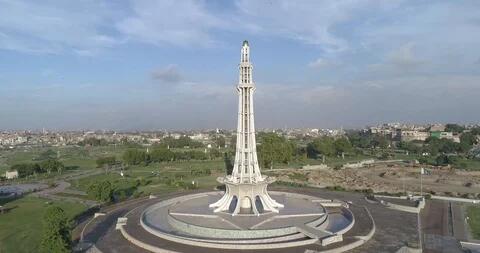 The following incident is shared with us by a community member of FrontPage.PK who wants to remain anonymous. Please share this with your friends and family to raise awareness because what happened to Ayesha Akram recently has been happening for decades!

Roughly 20 years ago I along with my brothers and a female cousin went to Minar-e-Pakistan. My cousin was in her late teens while all rest of us were in our early teens. We all wanted to go to the top floor of Minar-e-Pakistan, so we decided to take the stairs because the lift was not working.

The inside of Minar-e-Pakistan was pretty dark and there was not enough light to clearly see each other. Also, the space was very narrow, so it was difficult to stay together for all of us. While going upstairs, somewhere in the middle I noticed my cousin started running upstairs leaving us behind and also I noticed that suddenly it got crowded around her. Then suddenly I heard my cousin shouting: “MUJHAY HAATH KUN LGA RAHAY HO!!!”.

I realized then what was going on. We all ran to the top to get to the balcony where there was enough light. The vultures decided to stay behind in the stairs where it was dark and we knew they were waiting for us again. We couldn’t do anything for our cousin since we were too young to fight off all the desperate men. All we could do was run downstairs as fast as we could and suffer the misery once again which we did!

When we got out of the monument, the men stayed behind, waiting for their next victim. It was so embarrassing for all of us that we didn’t even talk among ourselves about what had happened. It was as though it never happened because we were having a hard time processing the entire incident because we never thought that such a thing could ever happen.

It dreads to think how many women might have suffered the same or even worse for decades! I have never seen Minar-e-Pakistan the same since that day and Ayesha Akram’s incident reinforces the same image. I feel we Pakistanis are probably the most hypocritical nation of all. There is no other nation that claims to be more Aashiq-e-Rasool than us and then this is what we do.

Hundreds have gone through the same but remained silent. FrontPage.PK is the platform through which you can raise your voice against any viciousness without any dread or hesitation.
If a woman does not feel safe in the presence of a man, then he does not deserve to be called a man.