Nergis Mavalvala: The karachiite who went on to detect Einstein's gravitational waves 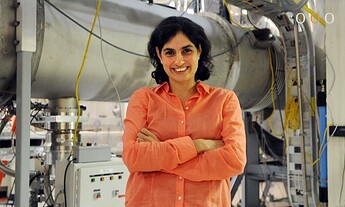 Karachi-born Nergis Mavalvala quantum astrophysicist is renowned for her pioneering work in gravitational-wave detection.
The scientific milestone of detecting gravitational waves, ripples in space and time hypothesised by physicist Albert Einstein a century ago.
Professor Mavalvala, whose career spans 20 years, has published extensively in her field and has been working with MIT since 2002. 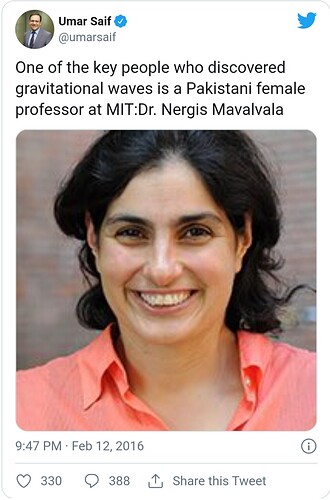 Mavalvala did her BA at Wellesley College in Physics and Astronomy in 1990 and a Ph.D in physics in 1997 from the Massachusetts Institute of Technology.
Before that, she was a postdoctoral associate and then a research scientist at California Institute of Technology (Caltech), working on the Laser Interferometric Gravitational Wave Observatory (LIGO). 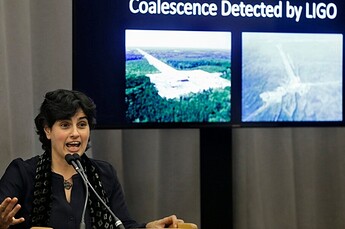 She has been involved with LIGO since her early years in graduate school at MIT and her primary research has been in instrument development for interferometric gravitational-wave detectors.
She also received the prestigious MacArthur Foundation Award in 2010.
“Even when Nergis was a freshman, she struck me as fearless, with a refreshing can-do attitude,” says Robert Berg, a professor of physics at Wellesley.
In earlier report, Mavalvala’s colleague observed that while many professors would like to treat students as colleagues, most students don’t respond as equals. From the first day, Mavalvala acted and worked like an equal. She helped Berg, who at the time was new to the faculty, set up a laser and transform an empty room into a lab. Before she graduated in 1990, Berg and Mavalvala had co-authored a paper in Condensed Matter.

Her practical skills stood her in good stead in 1991, when she was scouting for a research group to join after her first year as a graduate student at MIT. Her adviser was moving to Chicago and Mavalvala had decided not to follow him, so she needed a new adviser. She met Rainer Weiss, who worked down the hallway.

Mavalvala says that although it may not be immediately apparent, she is a product of good mentoring.
From the chemistry teacher in Pakistan who let her play with reagents in the lab after school to the head of the physics department at MIT, who supported her work when she joined the faculty in 2002, she has encountered several encouraging people on her journey.

Landmark Discovery
Although the discovery of gravitational waves, that opens a new window for studying the cosmos, was made in September 2015, it took scientists months to confirm their data.

The researchers said they detected gravitational waves coming from two black holes - extraordinarily dense objects whose existence also was foreseen by Einstein - that orbited one another, spiraled inward and smashed together. They said the waves were the product of a collision between two black holes 30 times as massive as the Sun, located 1.3 billion light years from Earth. 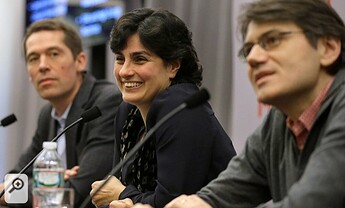 20210316_0641131003×606 95.1 KB
Nergis Mavalvala, center, takes questions from members of the media as MIT physics professor Matthew Evans, left, and MIT research scientist Erik Katsavounidis, right, look on during a presentation on the discovery of gravitational waves, Thursday, Feb. 11, 2016, on the school’s campus, in Cambridge, Mass.

The scientific milestone, announced at a news conference in Washington, was achieved using a pair of giant laser detectors in the United States, located in Louisiana and Washington state, capping a long quest to confirm the existence of these waves.

“We are really witnessing the opening of a new tool for doing astronomy,” MIT astrophysicist Nergis Mavalvala said in an interview. “We have turned on a new sense. We have been able to see and now we will be able to hear as well.”
Nergis Mavalvala exlpains in a YouTube video from 2010 the importance of gravitational waves, courtesy of MacArthur Foundation.

yes Indeed we have to proud.!

Yes! We should proud to be Pakistani

Nergis Mavalvala is proud of Pakistan.