No Iftar gathering,Aiteqaf during Ramadan at Grand and Prophet's Mosques in Saudi Arabia

The Saudi government has announced that there will be no iftar gatherings or Aitekaf at the Grand Mosque in Makkah and the Prophet’s Mosque in Madinah during Ramazan, according to a report by the Saudi Gazette.

Head of the Presidency for the Affairs of the Two Holy Mosques Sheikh Abdul Rahman Al-Sudais said that the presidency would provide worshippers at the Grand Mosque with ready-made meals for iftar — meals at dusk when the fast is broken. The distribution of meals for sehri — meals at dawn before the fasting time starts — would not be allowed at the Prophet’s Mosque in Madinah, he added.
The presidency is “fully ready” to receive pilgrims and worshippers, he added.

Sharing the details of preparations, Sheikh Sudais said: “The mataf (area for circumambulation around the Holy Kaaba) will be designated only for Umrah pilgrims and there will be five designated areas inside the Grand Mosque and its eastern courtyard for [performing] prayers.” 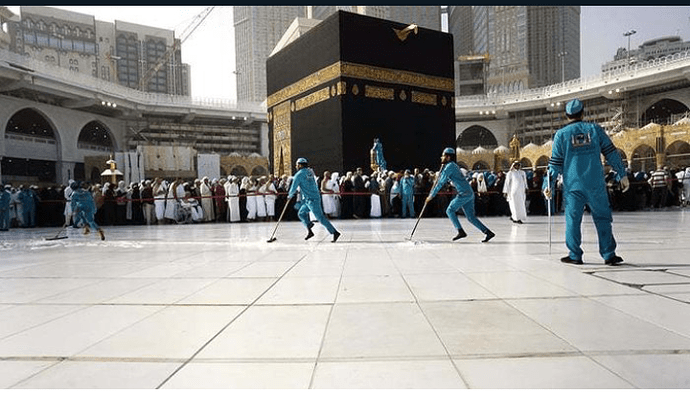 Saddened to hear this