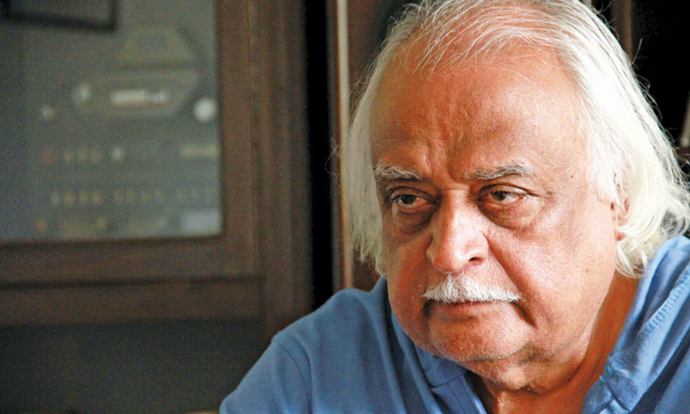 Legendary Pakistani tv personality and writer isn’t amused with television industry’s current condition. He has some blunt criticism to convey, according to which, “The shows at the present have become repetitive, formulaic and clichéd. It’s the same saas-bahu stories being rinsed and repeated. These unfortunate circumstances mean there’s no more place for people like me here”.

Anwar Maqsood sb. is a man of impeccable understanding when it comes to writing in show business, his work speaks volumes about that for doubters. His direct-to-the-point, unfiltered analysis here just demonstrates that to solidity. We haven’t been over-the-top sentimental with our shows, but we’re severely lacking in every other aspect. Dramas here are mainly about 2 things; 1. Love triangles, 2. Love stories where lovers aren’t allowed to unite by either family or another reason.

That’s 95 percent of our television in a nutshell, remaining 5 percent that dare go for something different are either ostracised by demographics or they shoot themselves in the leg by infesting those with cringe-inducing clichés and elements, irreparably hampering the story in process. Not to say we don’t have good tv shows, we definitely do, but what’s the volume of said shows compared to innumerable dire in quality which rule our home screens?

I will tell you. It’s needle in a haystack scenario. People allude to honest critique as self-hate, they give speeches in return for ‘supporting your country’. But what is the use of lending support to a building whose base is hollow to begin with? Sooner or later, you’ll have to give up and so will it. Lending support to a below-par product isn’t akin to helping it get better, it means paving way for its worsening.

Television’s future didn’t seem so bad back then 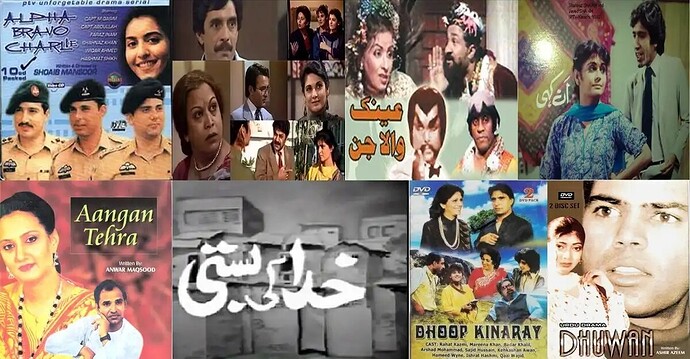 There’s no resolve to improve upon tv’s abysmal state. Yes, the demand is there for mediocrity, so that’s one reason to keep churning it out, but why are we forgetting the demand was there in days of Dhoop Kinarey, Dhuwan, Alpha Bravo Charlie, Ankahi, Ainak Wala Jin and Alif Noon too? It’s not rocket science. It’s not hard to grasp that consumers develop their tastes in accordance with what you create for them to consume. This means the deterioration Anwar Maqsood Sahab raised his concerns for isn’t restricted just to entertainment, it seeps through entertainment’s audiences, effectively flushing their preferences down the drain.

That being said, the statement above is strictly my opinion. What have you got to say regarding the validity or invalidity of Anwar Maqsood sb’s statement?

Social mediocrity and the stereotypical approach to TV drama’s is leading us to a breaking point Maqsood Sb as the example Gratia. Why not bite the bullet and take a leaf out of the English pageantry. By this I mean a complete triangulation on Shakespeare, I mean it couldn’t get any worse and just hybrid the situation and palm it off as "Breakspeare’’.

Or just don’t inconvenience ourselves with navigating through all that trouble and assign quality writers + actors + makers at the helm like gone days of tv’s prime. Resolution isn’t complicated, neither is it complex, our industry’s complacency with below-average output is making it be.