Not all heroes wear capes, some wear black & khaki. Policeman saves Muharram observer from getting crushed by train 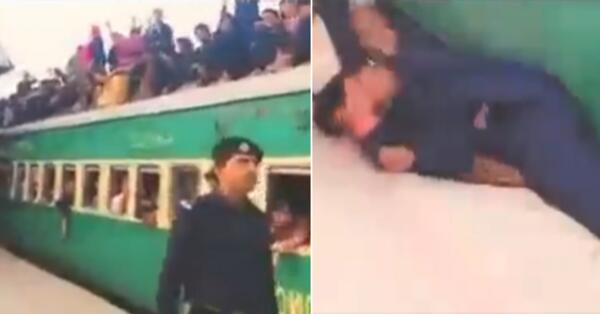 Late philanthropist Abdul Sattar Edhi said, “No religion is higher than humanity” and he was unreservedly right, humanity is an attribute that not just sees no religion, it sees no race, no sect, no ethnicity or any distinction of any other kind either. It transcends them all because humanity is compassion and compassion is divine. Its practical demonstration was seen on day before yesterday in Rohri, Sindh, where a Sunni police officer, Jamil Kalhoro saved a Shia pilgrim from the bloody jaws of death with his present-mindedness.

Had it not been hero police officer’s vigilance, pilgrim would have been slashed in half by merciless friction or dragged down altogether to be shredded by searing train metal. The man who fell down was a part of 8th Muharram’s religious procession, and was travelling atop train’s roof with caravan of hundreds of other Muharram observers. Footage recorded by an onlooker shows how the train accident’s potential victim was pushed off the edge due to apparent overcrowding, a grave incompetence on Pakistan Railways Department’s part. Good thing, reports from hospital suggest no evidence of critical injuries suffered. 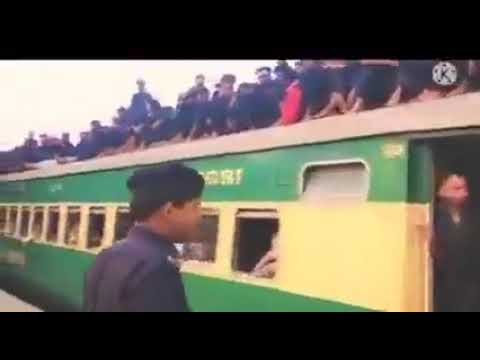 People have called on Sindh government to officially honour the compassionate sepoy, saying his rank might be smaller but his determination towards helping the troubled is humongous. Today’s problematic climate of Pakistan, where sectarianism is an unshackled evil, plaguing the roots of unity which bind us together as one nation, officer Kalhoro’s benevolence must not go unpraised, for it promotes brotherhood and harmony, two things we need most in this day and age.